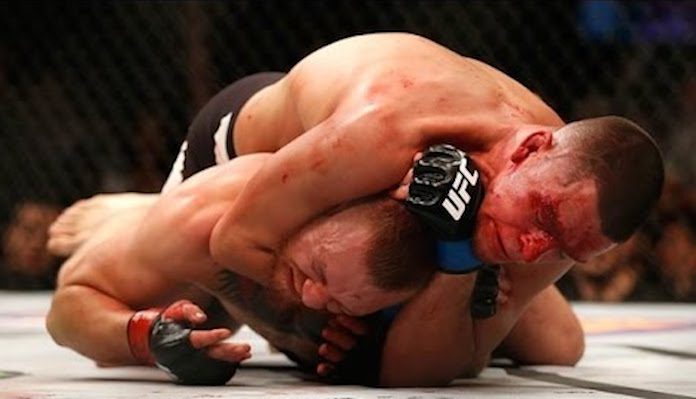 Conor McGregor has his work cut out for him vs. Dustin Poirier at UFC 257. And if things get tough, Din Thomas sees the Irishman folding.

From 2001 to 2020, the 26-9 former UFC vet in Thomas was a mainstay at American Top Team out of South Florida. In that time, he worked with several of the sport’s best fighters — including Poirier.

UFC 257 on Jan. 23 will be headlined by the rematch between Dustin Poirier and Conor McGregor. Having assessed and analyzed the career of “The Notorious” over the years like the rest of us, Thomas is keen on what he believes is a mental weakness of McGregor’s.

“Conor McGregor is a once-in-a-generational type fighter, but he is not a G.O.A.T.,” Thomas told Fightful. “In fact, you know what’s weird about Conor? We still don’t really know how good of a fighter he is. We know he is a devastating finisher. He can knock you out. We know he competes well, but we don’t know how good of a fighter he actually is.

“When things get a little tough for Conor McGregor, he kind of gives up. We don’t really know what he’s made of. I think he has gotten better at it. When things got a little tough against Khabib [Nurmagomedov]… he was able to withstand that. He came back after a tough round against Nate Diaz in the second fight and had some moments in that fight, but other than that, he’s either dominating quickly or quick-tapping. We don’t really know how good he is.”

Since 2016, Conor McGregor has only fought twice in MMA and gone 1-1. The first of those two contests coming opposite heated rival, Khabib Nurmagomedov. In January 2020, McGregor went back up to welterweight for a clash with Donald “Cowboy” Cerrone which he finished in 40 seconds with strikes.

Outside of those two MMA bouts, McGregor also suffered a 10th round TKO loss in August 2017 against the legendary Floyd Mayweather. It was his professional boxing debut.