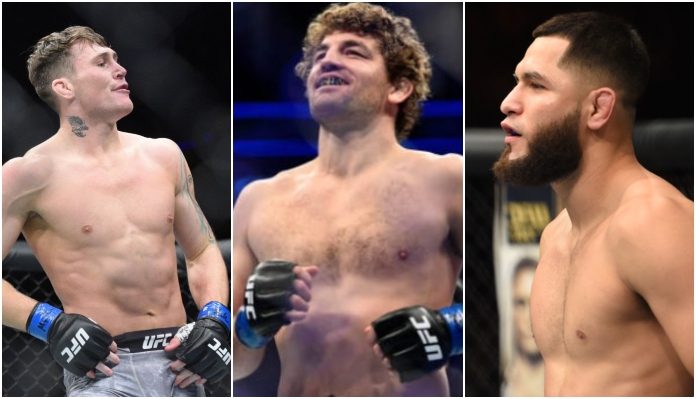 Although Askren and Till have previously had some bitter exchanges online, the Liverpool native opted to take the high road when addressing ‘Funky’s’ historic loss to ‘Gamebred’.

“Unlucky Ben, shit happens you’ll be back.” Darren Till said to Ben Askren on Twitter.

Till knows first hand what it is like to lose to Jorge Masvidal in brutal fashion. ‘The Gorilla’ was starched by ‘Gamebred’ in the headliner of UFC London this past March in England.

Till, who has now lost two straight fights after starting his career 17-0-1, is eyeing a return to action this fall.

Meanwhile, last night’s record-setting loss served as the first of Askren’s professional career. Prior to the setback, Ben Askren was sporting a spotless record of 19-0 and had captured world titles in both Bellator and ONE Championship.

Being that there already is a rivalry between Askren and Till, and the fact that both men are coming off of losses to Jorge Masvidal, fight fans might be treated to a ‘Funky’ vs. ‘Gorilla’ matchup later this year.

While yesterday’s loss was nothing short of devastating, Ben Askren is apparently ok and in good spirits, even though ‘last night sucked‘.

UFC President Dana White had the following to say about Jorge Masvidal’s historic knockout over ‘Funky’.

Would you like to see the UFC book a fight between Ben Askren and Darren Till next? Sound off in the comments section PENN Nation!