Daniel Cormier believes Khamzat Chimaev made the decision to stop cutting weight at UFC 279: “Understanding that the repercussions for him were not gonna be as severe as some of the other people”

It was to be Khamzat Chimaev (12-0 MMA) vs Nate Diaz (22-13 MMA) in the welterweight main event at UFC 279 on September 10th. Ultimately, Khamzat missed weight by a whopping 7.5 pounds, sending the promotion into chaos as they re-worked the fights. Chimaev ended up fighting and beating Kevin Holland (23-8 MMA). Diaz met up with and defeated Tony Ferguson (26-8 MMA) in his last fight under his UFC contract.

“You won’t come back, if you don’t get your shit together, you won’t come back and ever make that weight again, trust me. Even if you have big balls, you won’t make it because when you’re off that much — just imagine, he’s struggling to make 178. He (Chimaev) gave everything he had, his coach said his tongue was wide, he was vomiting, all that other stuff. I’ve been there before. He’s going to have to really tweak his training. He’s probably training too much and that’s allowing his metabolism to eat more. There’s a way of doing it where you can still make weight, still feel good, while you’re not overworking your body, because even though you’re working your body, you can also miss weight. I used to do that, that’s the only reason why I say that.” 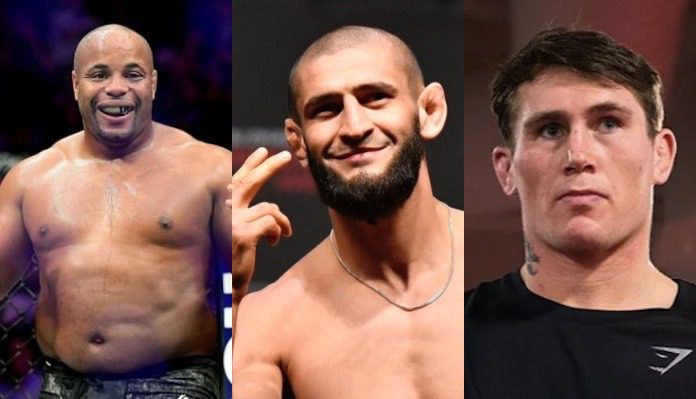 Daniel Cormier disagrees with Cejudo, he believes Chimaev intentionally stopped cutting weight, speaking on a segment of ‘ESPN MMA’s DC & RC Show’, ‘Tap In or Tap Out’, Cormier had this to say (h/t Sportskeeda):

“I tap out (disagree). I feel like you have to over-train when you’re too big for a weight class. Because when I was making 205 (light heavyweight limit), I did 13-14 sessions a week.”

“Honestly, I just feel like he made a decision that he wasn’t gonna do it when he got to a certain weight class and understanding that the repercussions for him were not gonna be as severe as some of the other people. I just think he made a decision.”

Do you agree with Henry Cejudo or Daniel Cormier on why ‘Borz’ missed weight at UFC 279? Who would you like to see Chimaev fight next?