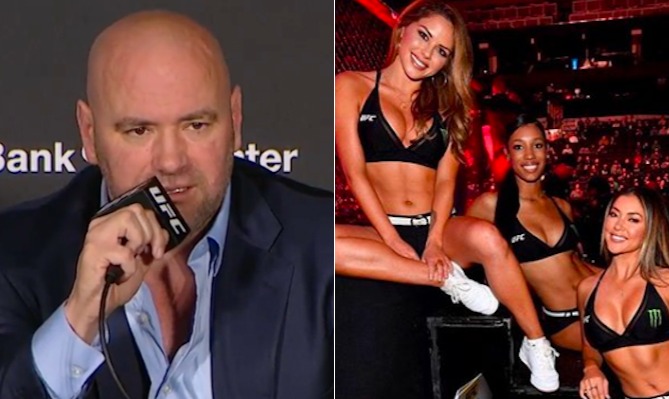 When the Octagon touches down in Melbourne, Australia for UFC 243 next Saturday, the mayor was hoping Octagon girls wouldn’t be there. Sally Capp called for the UFC to move past the outdated practice of Octagon girls.

Yet, UFC president, Dana White does not agree with that. Instead, he points out how valued the Octagon girls are to the UFC and plans on having Octagon girls in attendance for UFC 243.

“Our Octagon girls, they’re as much a part of the UFC brand as anyone, they’re ambassadors for our sport,” White told The Daily Telegraph (h/t MMA Mania). “So for someone who has absolutely no education whatsoever about who these girls are – about what they do. What they mean to the UFC – to start going off, it’s ridiculous.”

Dana White points to what the Octagon girls make and how well they are treated by the company as reasons why they should still exist.

“So you can look at any sport you like, nobody treats women better than we do,” White added. “And I’d suggest these people calling on them to be banned go have a look at what these girls do with the company. The type of money they’re making. Do that and you’ll realize these girls are as important to our brand as anyone else in the company. And that’s exactly the way we treat them.”

What do you make of Dana White’s response to Melbourne’s mayor of the Octagon girl ban? Sound off in the comment section, PENN Nation!