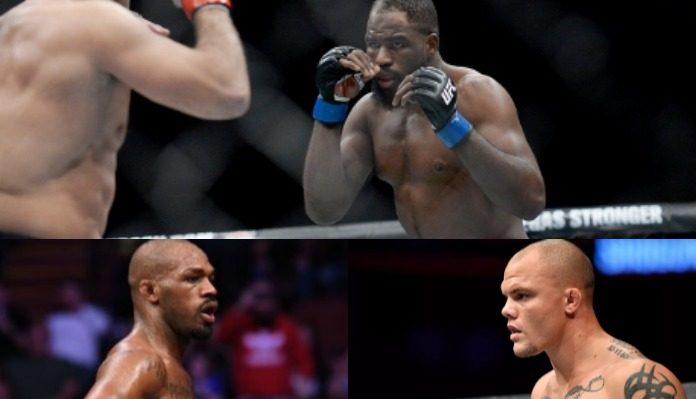 UFC 232 was an important event for the light heavyweight division as it marked the return of Jon Jones who reclaimed the title.

Also on the card was the rising contender, the season 19 winner of The Ultimate Fighter, Corey Anderson who extended his winning streak to three as he defeated Ilir Latifi by unanimous decision.

It was a battle between the No. 5 and No. 10 ranked contenders and with Anderson taking out the No. 5, he should surely take over in that spot by the time the rankings are updated.

Sitting in the No. 3 spot is the likely next title challenger at 205-pounds, Anthony ‘Lionheart’ Smith who also rides an impressive three-fight winning streak in the division.

However, Anderson isn’t all too impressed by the 44-fight veteran and believes that he should be the next one to get a crack at Jones, not Smith.

@JonnyBones F what the people talking about, I'm your huckleberry. Everybody else is booked and Smith hasn't earned his stripes. @ufc @AliAbdelaziz00 @danawhite @Mickmaynard2 @arielhelwani @MMAjunkie pic.twitter.com/n6Q3bnhB8u

“@JonnyBones F what the people talking about, I’m your huckleberry. Everybody else is booked and Smith hasn’t earned his stripes.” Anderson tweeted.

“‘If Glover beats Corey it’ll put him in line for a title shot’ I beat him! ‘A win at UFC 232 for Ilir could argue he’s next to fight for the title’ I beat him! Anthony Smith has beat Shogun Rua, Rashad Evans who came up from 185, and his only top 10 for Volkan [Oezdemir]. [Alexander Gustafsson] just fought. Jan Blachowicz has only beat 1 top 10 guy.. I ate him alive.

“I mauled Pat Cummins when he was in the top 10. I’ve got 13 fights in the 205 division, yes I’ve got losses, but I’ve been battling all ranked opponents since my 3rd fight in the UFC.. Who else is on a 3 fight win streak in 2018 against ALL top 10 guys? Only 1 of my losses was to a non top 10-Gian Villante my 5th fight ever in 2014. And we all know they cheated me on my fight against Shogun, granted it was one of my worst performances. I don’t finish but I dominate and I win.

“I WANT THAT STRAP!”

Depending on what Jones wants to do next, which could potentially be a trilogy fight with the heavyweight champion Daniel Cormier, should Smith and Anderson battle for the top contender spot? Or does one already deserve it more than the other?