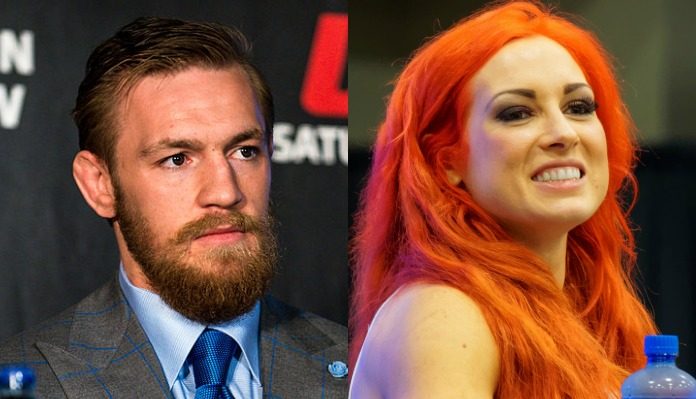 In an unsurprising twist, Irish UFC star Conor McGregor quickly took to social media to congratulate Lynch on her massive, history-making victory. McGregor also took this opportunity to once again hint as his own potential move to the WWE ring.

See what Conor McGregor had to say to Becky Lynch, and her opponents, below:

“Congrats to Irelands Becky Lynch, the WWE’s first Champ Champ. Wow! What a match these ladies put on! Ronda Rousey is something special in that ring, as is Charlotte Flair of the Flair dynasty! Stephanie McMahon you are right, I could not do what these athletes do. Or could I…”

This not the first time Conor McGregor and Becky Lynch have been cordial on social media. They’ve previously discussed partaking in a tag team match in the WWE ring.

Conor McGregor recently ended a short-lived retirement, opening the door to a host of exciting matchups in the UFC lightweight division. While nothing is official just yet, it sounds as though he could return this summer — perhaps as soon as International Fight Week in July. Tim will tell if he ever makes the jump to pro wrestling.