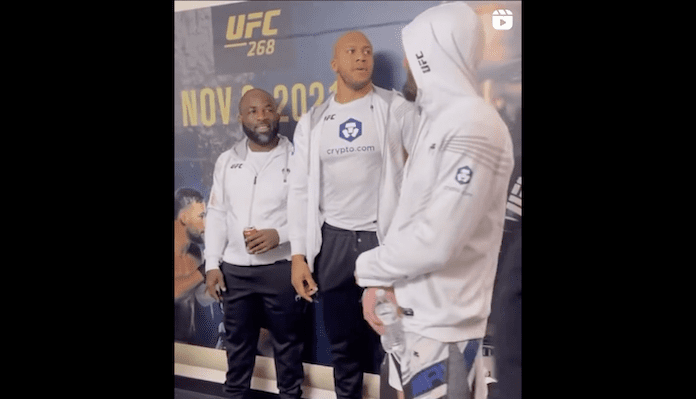 Ciryl Gane has reacted after receiving the cold shoulder from former teammate and fellow heavyweight champion Francis Ngannou at UFC 268.

Gane (10-0 MMA) and Ngannou (16-3 MMA) are set to collide in a title unification bout this January at UFC 270, with the winner earning ‘baddest man on the planet’ status.

Ciryl Gane captured the promotions interim heavyweight title back in August when he knocked out Derrick Lewis in the third round at UFC 265.

Meanwhile, Francis Ngannou last competed in March, where he dethroned Stipe Miocic with a second round knockout. 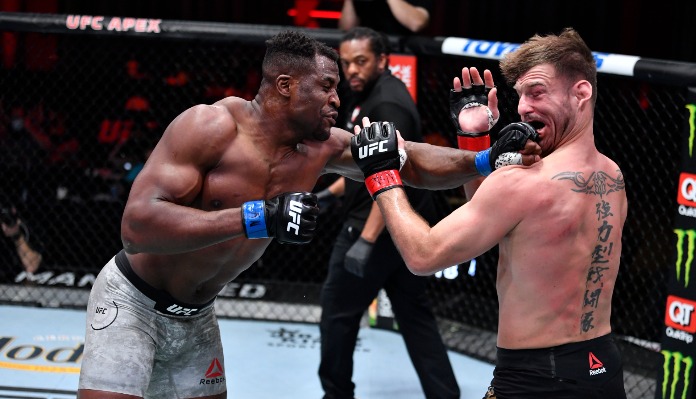 Ngannou was not happy that a interim title was created by Dana White and company, and proceeded to snub his former teammate in Gane when the two crossed paths at UFC 268.

Check out the footage of ‘The Predator’ cold shouldering ‘Bon Gamin’ below:

Not a word between the HWs #UFC268 pic.twitter.com/Ei15lcr2KM

Ciryl Gane was asked to comment on the diss during a recent interview.

Francis Ngannou has not yet addressed Saturday’s snub of Ciryl Gane and his team, but one can expect he will be hounded for that answer in the upcoming weeks.

Who do you expect will leave UFC 270 as the undisputed heavyweight champion?