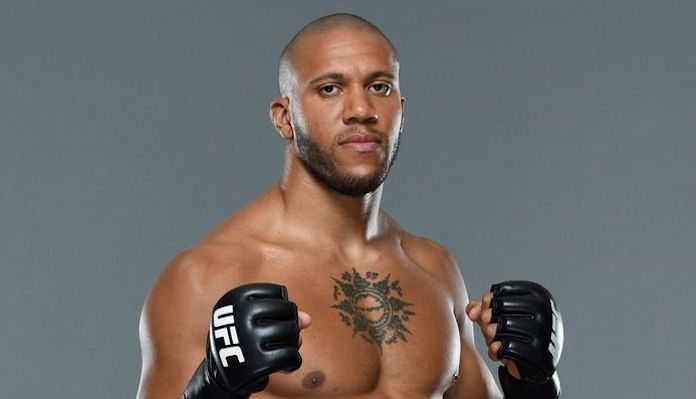 Fresh off a KO win over Junior dos Santos, UFC heavyweight Ciryl Gane says that he is interested in a matchup against Jairzinho Rozenstruik.

Gane knocked out the former UFC heavyweight champion dos Santos at UFC 256 earlier this month. The KO was somewhat controversial as dos Santos thought the elbow that Gane landed hit him in the back of the head, but the win stands. Gane is now a bonafide top-10 UFC heavyweight after a frustrating 2020 where several fights fell apart for the Frenchman. Against dos Santos, he was finally able to get back into the Octagon and make his presence known as a serious contender by scoring a KO over a former champ.

Following the fight with Dos Santos, Gane didn’t want to call out anyone in particular. After a tough year where he had fights fall apart left and right, you can understand why he didn’t name drop anyone. But after further thought, Gane now has a name in mind and it’s Rozenstruik. Both men do not have a fight currently booked right now, and with Gane ranked at No. 7 in the world and with Rozenstruik ranked at No. 3, it’s a fight that makes sense based on the rankings. Both fighters are also both coming off of KO wins over JDS.

“This makes sense. He is not booked, so we tried to do it for January if I’m not mistaken, but with Christmas he needs time, so we’ll see. I don’t know when exactly, but I think it’s gonna be that guy,” Gane said (via MMAjunkie.com’s Farah Hannoun).

Gane added that he doesn’t believe the fight will happen in January and he is shooting for a date in March instead due to the logistics of Fight Island. With Gane and Rozenstruik both looking to make a run toward the UFC heavyweight title in 2021, this definitely seems like a matchup that checks off all the boxes on the list for the UFC matchmaker.

Would you like to see Ciryl Gane fight Jairzinho Rozenstruik in 2021?