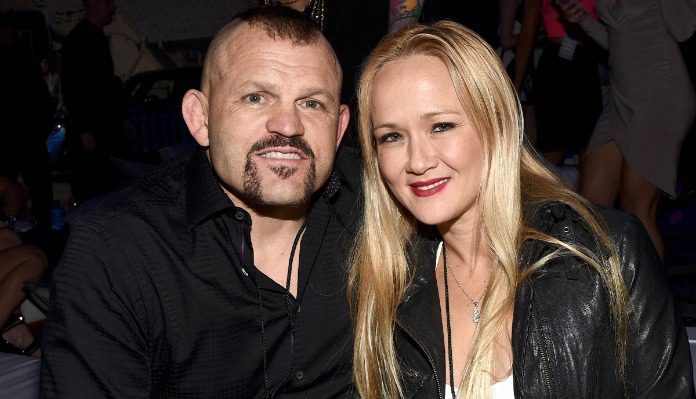 Chuck Liddell has filed for a divorce from his wife of 10 years, Heidi, just days after his domestic violence arrest.

On Monday, Chuck Liddell was arrested at his Hidden Hills home after police responded to a call for a domestic disturbance. When the cops showed up, they determined a verbal dispute turned physical and they arrested Chuck. Yet, the former UFC light heavyweight champion said he was the victim.

“Last night the Los Angeles Sherrif’s Department deputies who responded were professional,” Liddell wrote on Instagram. “While the information about this will be revealed in due course, I believe it is important to convey and clarify a few facts about the situation. I was the victim of the incident last night at our family home, as details of the case will reveal. The deputies informed me that my wife would be arrested, as I did not respond to her assault while I sustained bruising and lacerations. I volunteered to go in her place.

“This was one of the many times I have tried to shield a family mental health issue from public purview. It has become painfully apparent that this cannot continue, as our private life has now reached a public breaking point. Please respect our privacy as I help to navigate our family through this time,” Liddell continued.

Now, according to TMZ Sports, Chuck Liddell filed for dissolution with minor children on Friday. Chuck and Heidi got engaged in November of 2010 and they have two kids together.

Liddell last fought in MMA back in November of 2018 which was his return on the first and only Golden Boy MMA card. He had his trilogy fight against Tito Ortiz where he suffered a KO loss. It was his fourth loss in a row as prior to that, he was knocked out by Rich Franklin in 2010, Shogun Rua, and Rashad Evans. In his career, he holds notable wins over Ortiz, Alistair Overeem, Randy Couture, and Vitor Belfort among others.