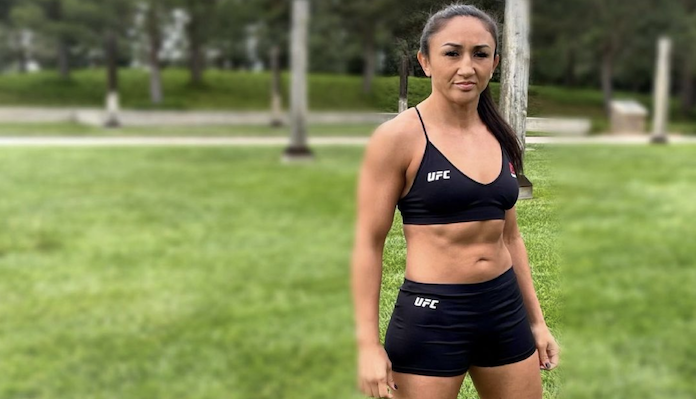 Esparza is coming off of an incredible TKO win over Yan Xiaonan at UFC Vegas 27 last weekend that was the statement she needed to make in order to earn a title shot with Namajunas. Esparza has now won her last five fights in a row, including notable victories over the likes of Marina Rodriguez and Michelle Waterson during that stretch, and she’s hoping that the win over Yan in such devastating fashion will earn her the next title shot.

Speaking to MMAFighting.com’s Damon Martin, Esparza expressed confidence that the UFC will grant her the next title shot against Namajunas despite White being non-committal to it thus far. Although Esparza’s resume on paper screams title shot, there is a chance that the UFC could go ahead and give Weili Zhang an immediate title shot with Namajunas instead. But after seeing Esparza run through Yan, “The Cookie Monster” is confident she’s next.

“I do feel confident. It’s the only fight that makes sense. Come on, Dana. She wants the fight, too. She loves rematches that she’s lost,” Esparza said.

“I feel with a dominant performance over the No. 3 fighter in the division, I think for me and my opinion, that should be hands down my title fight. I think that makes sense. It’s the fight that the fans want to see. It’s an intriguing matchup with an intriguing storyline.”

It will be interesting to see who the UFC decides to give the next title shot at 115lbs to. Esparza is absolutely deserving based on her current five-fight win streak, but if the promotion went with Zhang for the next title shot it wouldn’t be a big surprise. Either way, Namajunas figures to land one of these two talented women for her next title defense.

Do you think Dana White and the UFC will give Carla Esparza the next title shot against Rose Namajunas?