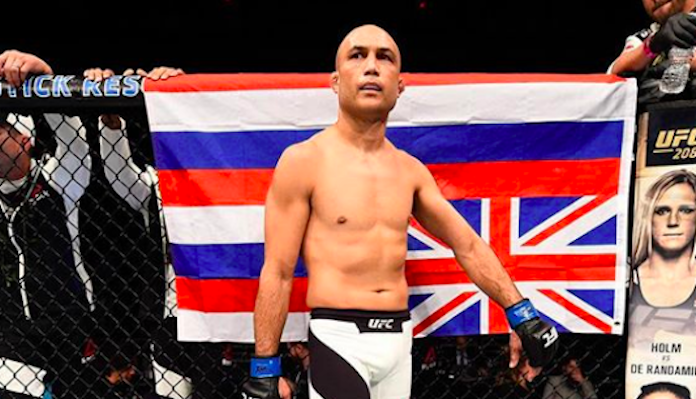 UFC Hall of Famer BJ Penn announced that he is running for Governor of Hawaii in a social media post where he explained his decision in full.

Penn, one of the greatest MMA fighters of all time, made the announcement this week that he is running for the role of Hawaiian Governor. As part of his campaign, Penn promised that he will get rid of vaccine passports. He is running on a campaign of getting freedom back for the people of Hawaii. Take a look at the full statement that Penn posted below.

BJ Penn: I’ve made a lot of mistakes in my life but I would never run from a fight or sell out my people. As soon as I step into Hawaii’s Governor office I will remove All new federal and state mandates that have been hurting our economy, residents, and ‘ohana. We will get the best doctors, medicines, therapies, and health care the world has to offer to fight this pandemic and always keep Hawaii among the safest and healthiest states in the union. We will get rid of all vaccine passports. Hawaii will be a vaccinated with Aloha and Unvaccinated with Aloha policy for everyone. Same with the masks. We will follow the constitution to the tee. I am not here to fit in with the other politicians, I am here to get our freedoms back! #hawaii #oahu #honolulu #maui #lanai #molokai #Kauai #niihau #kahoolawe #standtogether

Penn, who is 42 years old, has not competed in MMA since a 2019 decision loss to Clay Guida at UFC 237 in Brazil. That was the final fight of Penn’s career, who lost seven fights to end his UFC run. In recent months, Penn has teased a potential boxing match against Jake Paul, but nothing has come from that. Instead, it appears as though Penn is turning his focus away from combat sports for now and into the world of politics, instead.