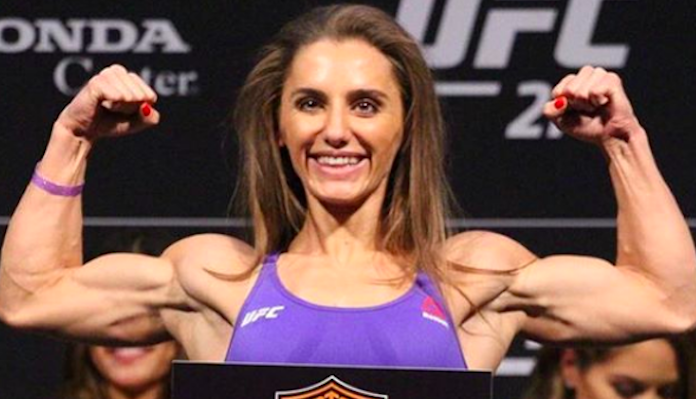 A compelling women’s strawweight matchup has been added to the UFC 233 lineup, as Aleksandra Albu is set to face Oregon’s Emily Whitmire on the card.

Aleksandra Albu (3-0) has only fought twice since her UFC debut in Apr. 2015, when she defeated Izabela Badurek by second-round submission at UFC Fight Night 84. The 28-year-old is coming off a unanimous decision victory over Kailin Curran at UFC 214 in July 2017. Albu has finished two of her three career opponents.

Emily Whitmire (3-2) is coming off her first career win in the Octagon. “Spitifire” earned a unanimous decision victory over Jamie Moyle at UFC 226 this past July. The 27-year-old lost to Roxanne Modafferi on TUF 26 and also came up short in her UFC debut last December where she was submitted by Gillan Roberson. The Xtreme Couture product also holds a win over former Bellator flyweight title challenger Emily Ducote.

UFC 233 takes place in at the Honda Center in Anaheim, California on Jan. 26. The card is headlined by bantamweight champion TJ Dillashaw dropping down to flyweight to challenge flyweight champion Henry Cejudo.