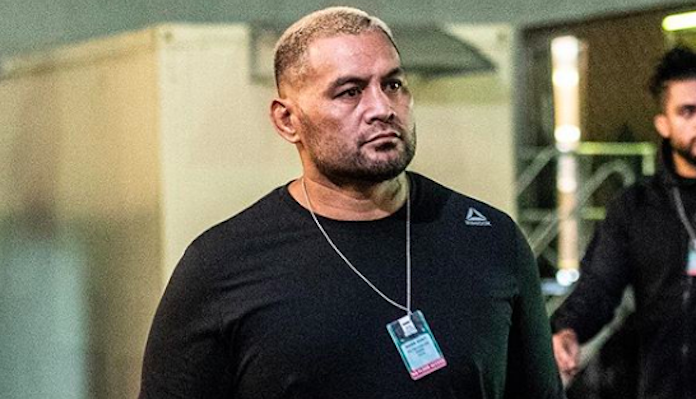 When Mark Hunt battles Justin Willis in the co-main event of UFC Adelaide this weekend, it will mark the final obligation on his current UFC contract. Do not expect him to re-sign with the promotion.

Speaking to MMAjunkie ahead of his fight, Hunt explained that he’s happy to be parting ways with the UFC, and that he will continue to fight outside the promotion.

“I just wanted to complete my contract, and that’s basically the bottom line,” he said. “I’m happy where I’m at. I’m at peace with everything, and things are good.”

“[I’m] looking at trying to do some other things next year. I want to compete five more times, at least — because I still have the fire inside of me to do it — and go from there. We’ll see what happens.”

While Mark Hunt is ready to leave the UFC behind, he still feels like he has more to accomplish.

The main priority for Mark Hunt, of course, is getting paid.

“Of course it’s about money,” he said. “You don’t want to get beaten up for nothing. You’d be stupid to do that.

Where do you think Mark Hunt will end up after his final UFC fight this weekend?