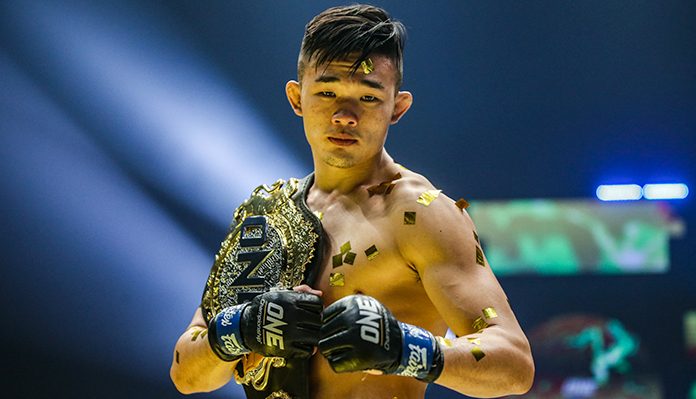 There’s no question that 2020 has been rough for mixed martial arts. COVID-19 hit professional sports particularly hard, and the road to recovery only began in recent months. But despite the difficult challenges, MMA is looking forward to a fantastic 2021.

That’s because the sport is absolutely stacked with talented fighters who are ready to cement themselves as the best in the business. Here are 10 reigning MMA world champions from organizations around the world who are primed for an epic 2021.

ONE Flyweight Champion Adriano Moraes has waited patiently in the wings for his next challenger. In fact, Moraes hasn’t fought in nearly two years since reclaiming his title from Filipino Geje Eustaquio.

While he was waiting, former 12-time UFC Flyweight Champion Demetrious Johnson joined ONE and bagged the promotion’s Flyweight Grand Prix Tournament title to become the division’s No. 1 contender. If Moraes can hold off Johnson in their world title matchup, it would be a monumental upset – and the Brazilian’s signature win.

In many ways, ONE Lightweight Champion Christian Lee, who hails from Hawaii, has surpassed his older sister in terms of his resume. In addition to winning the promotion’s lightweight belt and the Lightweight Grand Prix Tournament title, Lee owns stoppage victories over Japanese veterans Kazuki Tokudome and Shinya Aoki, as well as wins over highly regarded lightweights Saygid Guseyn Arslanaliev and Iuri Lapicus.

There is no shortage of challengers at lightweight in ONE. Lee could potentially face top-ranked Timofey Nastyukhin – the man who beat Eddie Alvarez – if not Alvarez himself in 2021.

UFC flyweight king Deiveson Figueiredo is one of the hottest properties in MMA today, and that’s putting it lightly. He captured the promotion’s 125-pound title in February, defended the belt successfully in a July rematch with Joseph Benavidez, and then retained it again with a win over Alex Perez at UFC 255.

Now, Figueiredo is set to defend his crown once more at UFC 256 this December against Brandon Moreno. If he gets past Moreno, expect Figueiredo to earn 2020 Fighter of the Year honors, priming him for an even better 2021.

UFC Light Heavyweight Champion Jan Blachowicz took the vacant 205-pound belt with a shocking stoppage victory over Dominick Reyes at UFC 253 back in September. Blachowicz has claimed to possess legendary Polish power in his fists, and that concussive knockout potential was on full display against Reyes.

Blachowicz is just getting started, with interesting matchups against Israel Adesanya and Jon Jones both within the realm of possibility. Of course, Blachowicz against anyone in his division would be a treat.

Le, also the former LFA Featherweight Champion, is a taekwondo stylist with great movement and knockout power in both hands. He’s had four fights in ONE so far — all finishes — including the third-round destruction of Nguyen. Possible opponents for 2021 include Sage Northcutt, grappling icon Garry Tonon, and lightweight king Christian Lee.

The current UFC Featherweight Champion, Alexander Volkanovski legitimized his claim to the throne when he defeated former titleholder Max Holloway in a rematch last July. That victory put to rest all doubt about the main man at 145 pounds. Now, Volkanovski is ready to take on fresh challengers.

Brian Ortega is likely next in line to face the amazing Aussie, with Zabit Magomedsharipov and Yair Rodriguez not far behind. All potential bouts promise fireworks, as each man will try to decode the Volkanovski puzzle.

UFC Bantamweight Champion Petr Yan is carving out his legacy in emphatic fashion.

After gaining traction with a victory over highly regarded John Dodson in February 2019, Yan’s last two fights ended in highlight-reel knockouts – a third-round head kick KO of Urijah Faber in December of that year, and a fifth-round stoppage over the legendary Jose Aldo just this July, which earned him the title.

Aljamain Sterling is the UFC’s No. 1 contender at featherweight, so he’s likely next for Yan in 2021. But Cory Sandhagen, Marlon Moraes, and former champion Cody Garbrandt are all salivating for a shot at “No Mercy.”

“The Dutch Knight” did exactly what he promised to do, taking Aung La to the ground and submitting him via rear-naked choke in the first round. What’s even scarier is how easy he made it look.

De Ridder won’t be short on challengers in 2021, as guys like Leandro Ataides, Vitaly Bigdash, and the promotion’s welterweight champion could be next in line.

Reigning ONE Welterweight Champion Kiamrian Abbasov turned back the previously unbeaten James Nakashima just last month in an inspiring performance. Many had Nakashima pegged to upset the champion, but Abbasov had other plans. “Brazen” stuck to a well-crafted strategy and knocked out his confident American counterpart.

Welterweight is a solid division in ONE Championship, and Abbasov has plenty of tough opponents waiting for him, including American dynamo Tyler McGuire, Japanese MMA legend Yoshihiro “Sexyama” Akiyama, and a rematch with former champion Zebaztian Kadestam.

There’s also a chance that Abbasov could go after the middleweight title against De Ridder.

Bellator Welterweight Champion Douglas Lima is still the man to beat in the promotion’s 170-pound. division. Although he failed in his bid to become a two-division world champ, losing to Gegard Mousasi for the vacant middleweight strap, Lima is a force to be reckoned with in his natural weight class.

When he’s on point, “The Phenom” is one of the most dominant champions on the Bellator roster. Victories over Paul Daley, Andrey Koreshkov, Michael Venom Page, and Rory MacDonald are proof of that. And at 32 years of age, Lima still has much to offer fans in 2021.