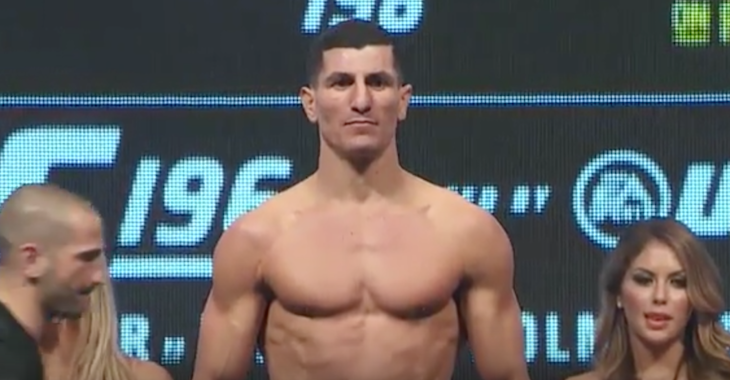 Round one begins and Taleb opens with a leg kick. Nordine follows up with a head kick but misses. Silva fires a spinning back kick but does not connect. Huge right hand just misses from Silva. Taleb scores with a nice kick to the body. Leg kick from Nordine. Silva replies with a hard leg kick of his own. Taleb seems to have injured his left ankle. He is having a hard time finding his footing. Big body kick lands from Silva. Another nice body kick from Silva but Taleb catches the leg and takes Silva down. Eric is back up and throwing heavy shots. Nice leg kick from Silva. Nordine returns fire with a leg kick of his own. Good body kick from Taleb. Silva shoots in for a takedown but misses and eats a knee for his troubles to end round one.

Round two begins and Taleb misses with a head kick to start. Good leg kick from Taleb and he follows that up with a jab. Silva with a left hand. Nordine is pawing his jab. He lands a big leg kick. Huge right hand scores for Taleb and floors Silva for the KO victory.