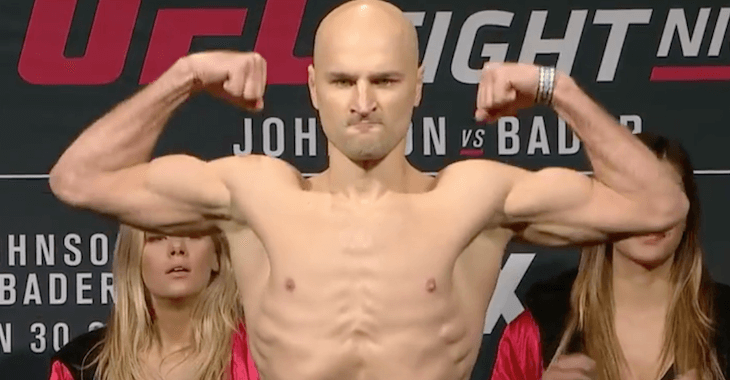 A welterweight tilt between George Sullivan (17-5 MMA) and Alexander Yakovlev (23-6-1 MMA) took place on the UFC on FOX 18 prelims.

Good leg kick from Sullivan to start. He lands another one to the right leg of Yakovlev. Yakovlev responds with back to back leg kicks of his own. He shoots in and takes Sullivan down. George scrambles and gets back to his feet. Knees land for Yakovlev. The fighters break. Good kick from Sullivan. Big takedown by Yakovlev. He moves to side control and in to full mount. Sullivan gives up his back but defends the hooks. Good knees from Yakovlev. They break. Sullivan with a kick to the body. He misses with a follow-up leg kick. And again. Yakovlev with a leg kick and then a body kick. Both fighters trade leg kicks. Huge right hook from Yakovlev lands and it’s all over.

Alexander Yakovlev defeats George Sullivan via knockout at 3:59 in round 1