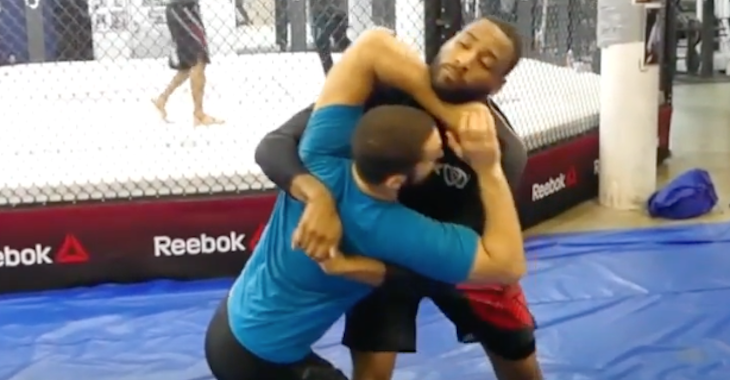 Round one begins and Vieira starts off quickly. He throws a nice combination that lands. Zahabi takes it and circles out. Zahabi presses forward and lands a straight left. He follows that up with a high kick that lands flush. More shots from Zahabi. Vieira retreats but Aiemann stays on him and lands a kick and then a right hand. Vieira circles away but Zahabi is all over him. Aiemann with another left. Vieira responds with a nice leg kick. He shoots in and takes Zahabi to the floor. Aiemann does a good job to wall-walk and get back to his feet. He circles off the fence and lands a left jab. Vieira presses forward and attempts a takedown. It is not there. A solid body kick lands for Zahabi. Vieira replies with an uppercut and then a right hand. He shoots in and scores a takedown. Good shots from the top before round one comes to an end.

Round two begins and Vieira lands a good leg kick to start. Zahabi replies with a nice left and then another. Vieira replies with a hard left of his own. He shoots in for a takedown but Zahabi stuffs the attempt. A good counter left scores for Aiemann. Vieira replies with a slick uppercut. Zahabi is pressing forward but Vieira is countering well. The Brazilian presses the Canadian against the fence and looks for a takedown. He lands some short knees inside. They break and Vieira lands a nice combination. He shoots in for another takedown attempt but Zahabi defends. The fighters break off of the cage and Zahabi gets caught with a right hand. He continues to press forward and catches Vieira with a combination. A nice jab scores for Vieira. Zahabi presses forward and lands a right and then another. Another right hand connects and Vieira hits the canvas. Zahabi jumps on him but round two comes to an end.