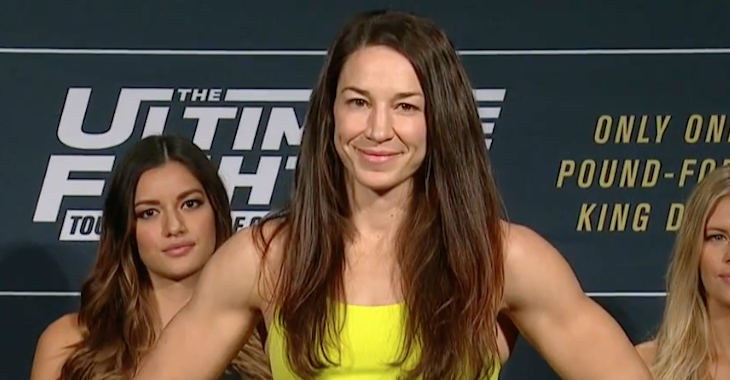 Round one begins and McMann quickly pushes Mazany up against the fence. McMann scores with an early takedown and quickly moves to mount. She locks in an arm-triangle choke and this one is going to be over. Mazany tries to fight the choke but it is deep. Gina is forced to tapout. McMann with her second submission victory in a row. WOW!