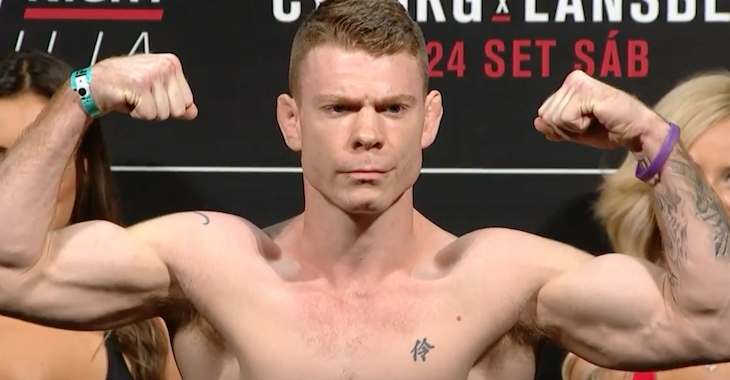 Round one begins and Ricci moves to get inside. Felder scores with a leg kick and then a jab. Both men connect with kicks and punches. Felder lands a spinning backfist. He socres with a right and then a jumping knee to the body. He lands a left jab. Ricci answers with a right. Felder hurts Ricci with a left elbow. He pushes forward and lands a knee. Punches from Felder. Ricci’s on his butt with his back against the fence and Felder finishes him off.