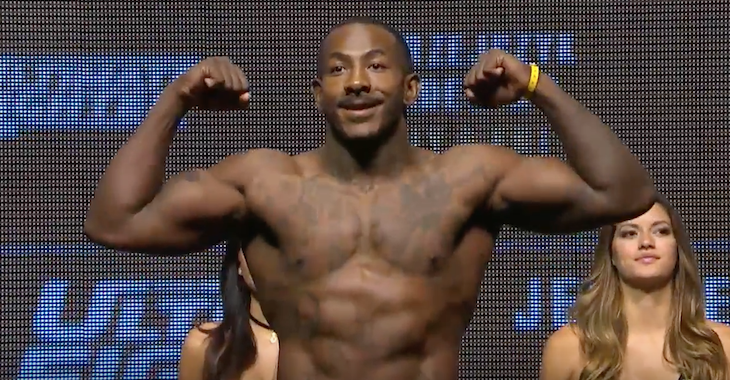 Round one begins and Craig starts off with a jab followed by a low kick. Craig circling early here. Rountree connects with a combination. He presses forward and lands a jab. Craig fakes a low kick and then throws a jab that misses the mark. Khalil counters with a left hand over the top. Craig circles and then goes to the body with a kick. Rountree comes in with a left hand and then another. Craig retreats but Khalil presses forward and lands a stiff straight left. Paul Craig should try and get this fight to the floor. He is getting pieced up here. Big left hand and then an uppercut from Rountree. Craig fires back with a body kick that lands. Rountree presses forward and throws a head kick. He follows that up with an uppercut that drops Craig. Rountree with some devastating hammer fists from the top and this one is all over!