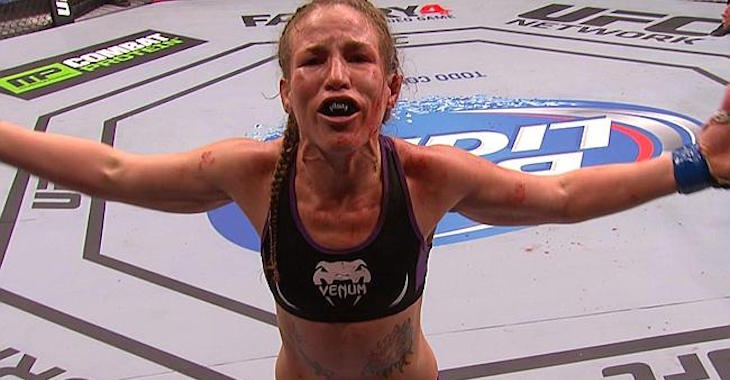 On Sunday afternoon, the UFC touched down in beautiful Glasgow, Scotland with UFC Fight Night 113. In the first bout of the 12-fight card, Leslie Smith collided with the debuting Amanda Lemos in a compelling bantamweight booking.

It was a tough night for the debutant, as Smith cranked up the offense with a series of second-round elbows, which she used to earn a violent, TKO victory.

With this win, Smith builds on the momentum of a decision defeat of highly regarded Mexican talent Irene Aldana, and further separates herself from a tough TKO loss to UFC 214 featherweight title challenger Cris “Cyborg” Justino. She’s now 10-7 in sum.

What did you think of Leslie Smith’s savage, elbow-induced win in Glasgow? Who would you like to see her fight next?