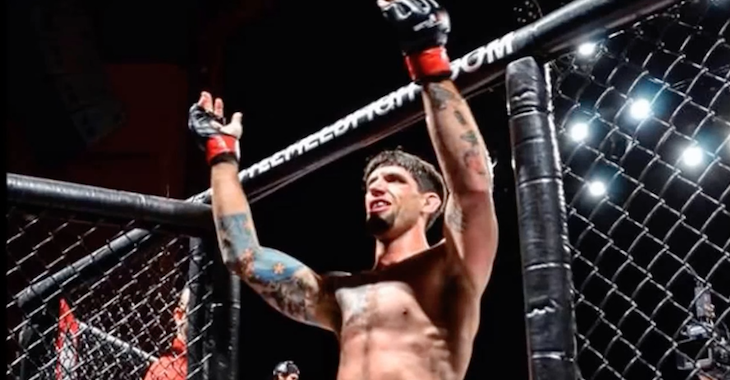 Round one begins and Marshman quickly takes the center of the cage. Janes fires off a front kick to the body of Jack. Marshman charges forward and throws a combination. Ryan is able to avoid any serious strikes and responds with another kick to the body. Marshman continues to press the action and lands a good combination. Janes replies with a good jab but Marshamn charges in with an overhand right that connects. He follows that up with an uppercut and then a low kick. Janes tries to circle out but eats a right hand. The Canadian, Janes, presses forward and lands a body kick. Marshman responds with a low kick followed by a right hand that lands. He leaps in with a left hand that connects. Another good left hand from Marshman. Janes responds with a right jab but Jack counters him again with a straight left. Round one comes to an end.

They're going at it! Strong exchanges by both fighters! #UFCGlasgow pic.twitter.com/FUjJWYyjNc

Round two begins and Janes is able to connect with a body kick early. Marshman presses forward but misses with an attempted combination. Janes circles out and then lands a front kick to the body of Jack. A stiff right jab from Janes now. He seems to have found his groove here. Ryan pressing the action now but Jack is able to catch him with a counter left hand. Both fighters connect with left jabs and then Janes lands a right hand over the top. Marshman circles out and then leaps in with a combination that lands. Janes presses Marshman against the cage in search of a takedown. He begins working some knees from the position. Janes switches to punches. Marshman finally is able to break free from the position and circle out. He immediately charges forward with a left hand that finds a home. Janes replies with a knee. Round two comes to an end.

Round three begins and Marshman immediately begins to press forward. Janes throws a kick to the body and then circles out. Ryan lands a right hand and Jack replies with a good left. Janes circles and throws a low kick. He shoots in for a takedown but it is not there. Marshman circles and then leaps in with a left that misses. Janes lands a nice counter right hand. Ryan presses forward and lands a jab. Marshman fires back with a nice combination. Janes eats it and then leaps in with a nice left hook of his own. Marshman lands a pair of jabs to the body. Janes presses forward and lands a left. He pushes Jack against the cage and lands a pair of knees from the clinch. Marshman is able to break free. Janes chases after him and lands a left hook and then a jab. Janes with a left hand and then a knee. He rattles off two more left hands and Marshman is now on the retreat. Ryan chases after Jack with combination as the horn sounds to end round three.