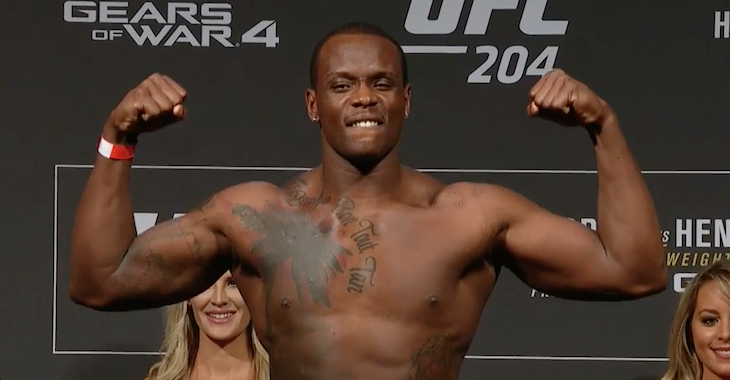 This Friday (Saturday morning in Japan), the UFC will return to the Saitama Super Arena, a combat sports stronghold just outside Tokyo, with UFC Fight Night 117.

The card will be headlined by a bizarre light heavyweight scrap between established contender Ovince Saint Preux and Yushin Okami, a former UFC middleweight title challenger, and more recently, World Series of Fighting welterweight. As you might have guessed, this was not the originally planned main event for the card, as Okami stepped in on short notice to replace an injured Mauricio “Shogun” Rua, who is nursing a knee injury.

Moving on, the co-main event of the UFC Fight Night 117 will pit Brazilian strawweight contender Claudia Gadelha against a fellow former strawweight title challenger in Jessica Andrade. Other highlights of the card include a scrap between PRIDE star Takanori Gomi and South Korea’s “Maestro” Dong Hyun Kim, and the UFC debut of kickboxer Gokhan Saki, who takes on Henrique da Silva.

On Thursday morning, the 22 fighters on the bill hit the scales to weigh in for battle.

As expected, the former welterweight Okami easily made weight. Saint Preux, who has never missed weight in the UFC, also hit his mark. The only weigh in miss came courtesy of Japan’s Mizuto Hirota, who came in 4 pounds over the featherweight division’s 146-pound cap. The status of this bout remains in question at the time of this writing.

Here are the full results (via MMAJunkie.com).

What do you think of the UFC Fight Night 117 card?