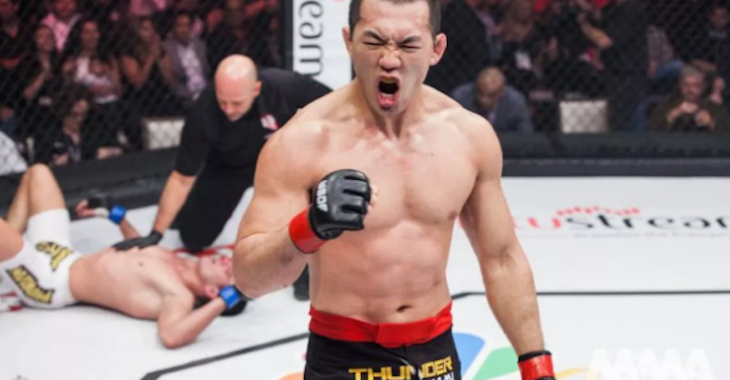 This weekend, the UFC will return to the MMA mecca of Japan with UFC Fight Night 117. Originally, the card was expected to be headlined by a light heavyweight rematch between PRIDE legend and former UFC light heavyweight king Mauricio “Shogun” Rua, and his former foil Ovince Saint Preux. Unfortunately, the injury bug enjoyed its latest feast at the expense of this main event, and Shogun was forced to bow out with a damaged knee.

Shogun’s replacement for this fight was a downright shocker.

Rather than digging through its respectable light heavyweight roster for a new opponent for Ovince Saint Preux, the UFC opted to call on former UFC middleweight title challenger and recent World Series of Fighting welterweight Yushin Okami. Okami accepted this offer, and just like that, after seven-straight fights outside the Octagon, and five-straight in the 170-pound welterweight division, he’s in a 205-pound UFC Fight Night main event.

With Shogun out, the UFC had to get cracking pretty quickly on a new promotional poster for this card. Now, that poster has hit the web, and it’s pretty sweet. Check it out below!

The updated poster for #UFCJapan is here. Pretty sweet! pic.twitter.com/4pAqU2PUxp

The UFC’s Saturday return to Japan will also feature a number of other compelling contests.

What do you think of the new poster for UFC Fight Night 117? Do you think Yushin Okami can pull up an upset for the ages against Ovince Saint Preux?