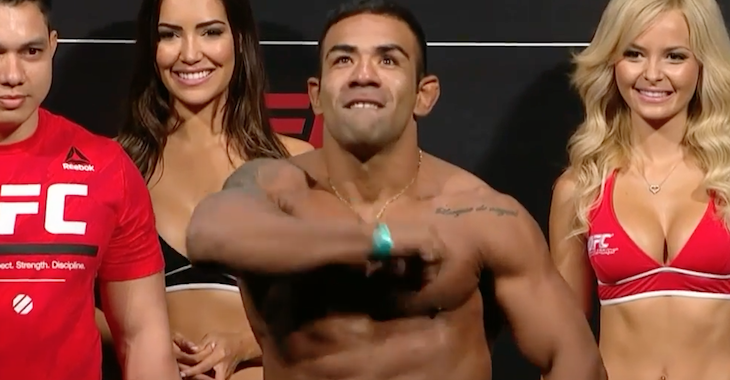 A welterweight scrap between Josh Burkman and Michel Prazeres kicked off the UFC Fight Night 106 prelims on FS1.

Round one begins and Prazeres starts off quickly. He lands a hard shot and Burkman is in trouble. Prazeres with a big combination that sends Burkman stumbling backwards against the fence. Michel is al over him here. Big shots against the cage. Burkman is doing his best to stay up but is in all sorts of trouble. He breaks off the cage but Prazeres quickly takes him to the floor. Michel locks up a north-south choke and seconds later Burkamn taps out. What a performance from Prazeres.