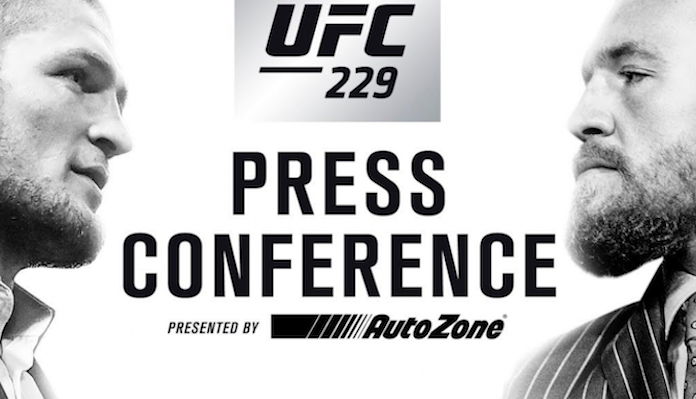 There was a ton of security and law enforcement on hand to ensure that no incidents occured when “Mystic Mac” and “The Eagle” squared off.

The former two division UFC champion, Conor McGregor will make his highly anticipated octagon return on October 6 when he challenges Khabib Nurmagomedov for the promotions lightweight championship in the main event of UFC 229.

The Irish star has not stepped foot inside the cage since defeating Eddie Alvarez via second-round TKO at UFC 205 in November of 2016.

Meanwhile, Khabib Nurmagomedov has gone a perfect 26-0 in his mixed martial arts career, which included ten victories under the UFC banner.

Who are yo picking to win the UFC 229 lightweight title fight between Conor McGregor and Khabib Nurmagomedov? Sound off PENN Nation!