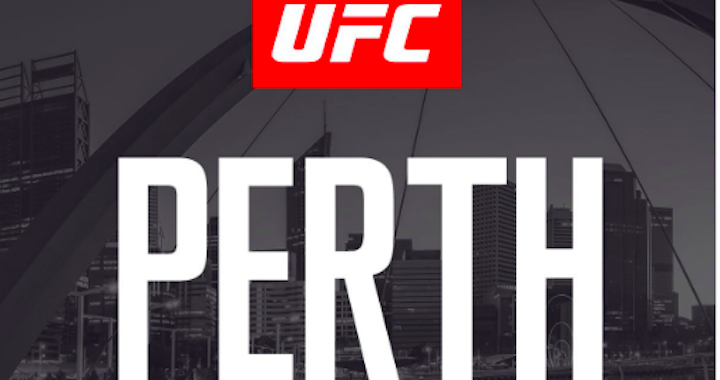 The province of Western Australia has finally lifted its cage ban, which means that the UFC now has a wide open road to the city of Perth. On Tuesday, the promotion announced that it will debut in the city on February 11. It will make this debut not with a Fight Night card, but with a full-on pay-per-view card in UFC 221.

More exciting still is the news that the promotion’s tentative plan is to to top the UFC 221 bill with a middleweight title unifying showdown between interim champion Robert Whittaker, and the winner of Michael Bisping and Georges St-Pierre’s UFC 217 middleweight title fight.

“This isn’t just huge news for UFC, but for the sport of MMA in Western Australia. Finally, MMA can be competed nationwide in the field of play specifically designed for the sport,” Robert Whittaker said in a press release (h/t Sherdog.com).

“Anything can happen between now and Sunday, February 11. With that said, fighting on home soil is always a dream come true and I’d love to unify the UFC middleweight title here in Australia,” the UFC interim champion continued. “My next stop is New York City to be Octagon-side for UFC 217 — let’s see what happens in that main event between Michael Bisping and Georges St. Pierre.”

Whittaker won the UFC interim middleweight title with a decision defeat of the streaking Yoel Romero back in July. Bisping, meanwhile, won the undisputed title with a June 2016 KO of Luke Rockhold, and has since defended it with a close defeat of the retiring Dan Henderson. Georges St-Pierre lastly, hasn’t fought since November of 2013, when he made the final defense of his legendary UFC welterweight title reign with a decision defeat of Johny Hendricks.

Who do you think will be the UFC middleweight champion after UFC 221?