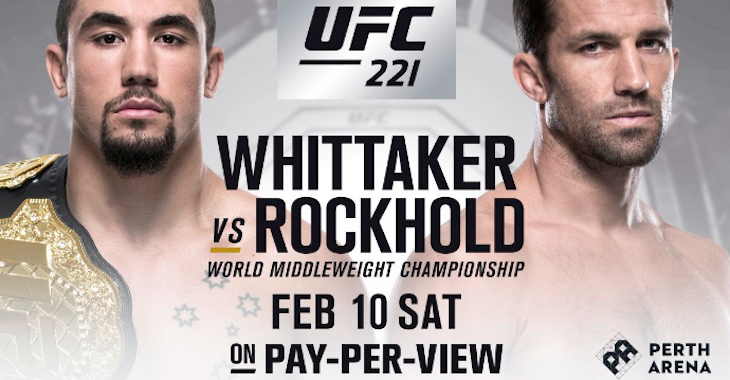 The octagon will return to Australia this February for UFC 221. The pay-per-view event will take place on February 11 in Perth, but will air live in North America on February 10 due to the time difference.

Robert Whittaker (19-4 MMA) was last seen in action at July’s UFC 213 event in Las Vegas where he scored a unanimous decision victory over Yoel Romero to capture the promotions interim middleweight title.

As for Luke Rockhold, the former UFC middleweight champion is coming of a second-round submission victory over former WSOF champion David Branch.

Get the full UFC 221 pay-per-view fight card below: