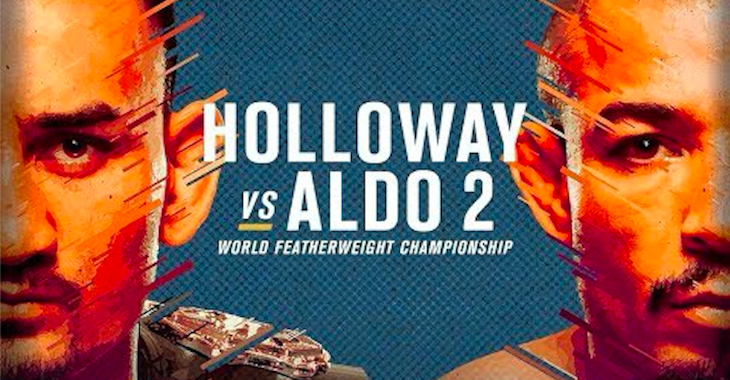 This weekend’s UFC 218 card promises* (*subject to change) an incredible lineup of former champions from both in and out of the UFC, title implications, and a bonafide featherweight title fight.

During the build-up of UFC 218, watch the fighters prepare for a card with an incredible amount of potential with the first episode of UFC Embedded.

The 26th season Ultimate Fighter will also officially come to an end as coaches Justing Gaethje and former champion Eddie Alvarez will fight in the PPV’s second fight. Alvarez is coming off of a No Contest with Dustin Porter at UFC 211, his first fight since losing the title to Conor McGregor at UFC 205 in 2016.

The undefeated Justin Gaethje is making just his second appearance in the Octagon and will try to score his 17th finish against the former title-holder in the biggest fight of his career.

Former Olympian Henry Cejudo and Sergio Pettis will also compete in what will likely produce the next natural flyweight title challenger.

The night’s co-main event is a heavyweight battle between former champion in basically every promotion, Alistair Overeem, and a man that the UFC hopes to build in to the next big thing, Francis Ngannou.

This was originally meant to be a matchup between Ngannou and Junior dos Santos at UFC 215. The latter was pulled from the fight without leaving enough time to find a suitable replacement. This has put Ngannou’s rise to a title shot on hold for now.

Max Holloway headlines the event as he looks to add on to a win streak that is acting as his application to the UFC hall of fame. He currently sits at 11 straight wins with his most recent one coming against Jose Aldo at UFC 212. Holloway put the champion away in the 4th round to mark the start of a new reign in the division.

His opponent will be Aldo in a rematch of their recent title fight. Original challenger Frankie Edgar dropped out due to injury. Aldo is looking to avoid the first ‘losing streak’ of his career in what would be his second consecutive loss.