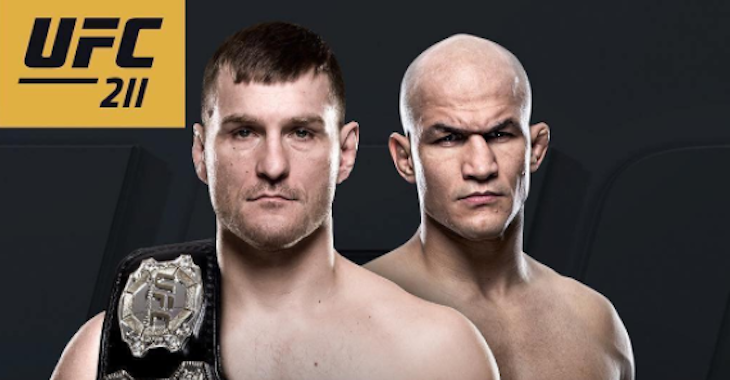 Unable to catch tonight’s UFC 211 event in Dallas, Texas? BJPenn.com has you covered! Stay glued to this page for live results updates, and stay tuned to BJPenn.com for full recaps from every fight.

Eddie Alvarez vs. Dustin Poirier – ends in a no-contest (illegal knees)
Chas Skelly vs. Jason Knight – Knight def. Skelly via TKO at 0:39 of Round 3
Chase Sherman vs. Rashad Coulter – Sherman def. Coulter via TKO at 3:36 of Round 2
Marco Polo Reyes vs. James Vick – Vick def. Polo Reyes via TKO (punches) at 2:35 of Round 1