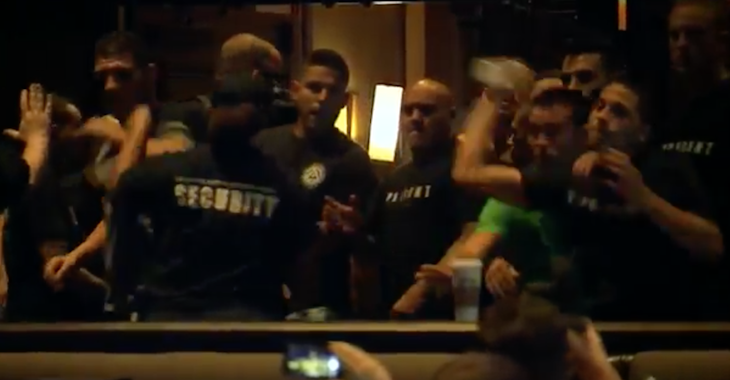 Wednesday afternoon at the UFC 202 pre-fight press conference, the event was cut short after the Diaz brothers stormed the event with their entire team and began throwing water bottles at Conor McGregor.

McGregor responded by grabbing various items from the stage, including Monster Energy cans, and throwing them back at the Diaz brothers while Dana White and Dave Sholler attempted to gain control of the situation.

In the aftermath of the event, the NSAC released a statement regarding the incident, saying:

NSAC Chairman Anthony Marnell: I'm disappointed. I wish for them, the UFC and MMA community they would act like the professionals they are.

More Marnell: We will address what happened at the press conference in the normal course of business.