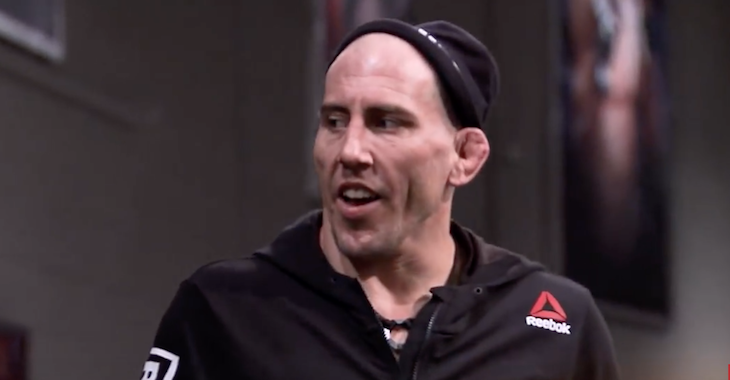 Dhiego Lima and Jesse Taylor squared off to determine the winner of The Ultimate Fighter Season 25 in the co-main event of tonight’s TUF 25 Finale event in Las Vegas.

Round one begins and Taylor instantly charges forward and grabs a hold of a single leg. He presses Lima against the cage but Dhiego is doing a good job of defending early. Taylor eventually gets the takedown and attempts to take Lima’s back. He sinks in one hook but Dhiego stands back up. Taylor decides to let go of Lima and then shoots in and scores with a double leg takedown. Taylor with a nice elbow from the top. He is working from the full guard of Lima. More short elbows from JT Money. He switches to some left hands. Dhiego attempts to scramble. Taylor jumps on his back and sinks in a rear-naked choke. Lima is able to fight out of it. Dhiego gets back to half guard. Taylor passes and once again takes Lima’s back. He locks in another rear-naked choke. This one is tight. Lima again finds a way to break free. Taylor is back to half guard now. He is working some hard left hands. Good shots from Taylor here. Lima is bloodied up. Round one comes to an end.

Round two begins and the fighters touch gloves. Lima lands a left hand that drops Taylor. Wow. He jumps on him and attempts an armbar. Taylor is able to escape and winds up on Lima’s back. He locks in a rear-naked choke and the third time is the charm. Lima is forced to tapout. What a redemption story!

THE MOMENT! Jesse Taylor is your @ultimatefighter champion! #TUF25Finale https://t.co/JaFrtWCgdk