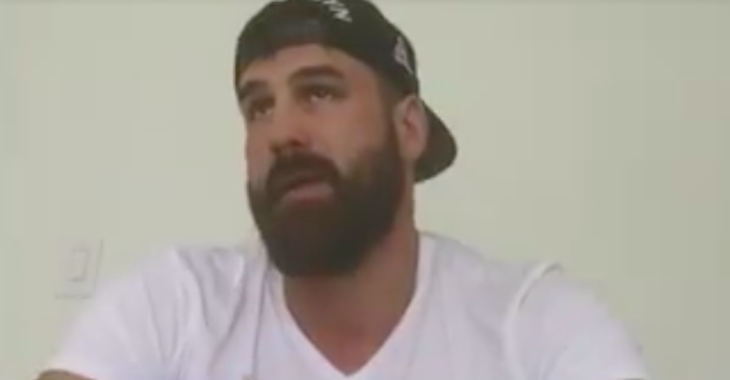 On Sunday, tragedy struck the combat sports community as UFC veteran Tim Hague passed away after being brutally knocked out in a Friday night boxing match.

Now several days removed from this tragedy, Hague’s opponent Adam Braidwood has broken his silence. Unsurprisingly, the boxer is heartbroken by the way things turned out.

“It’s not a good thing for anyone involved,” Braidwood said on Canada’s CTV news (via MMAJunkie.com). “I want to keep the focus on Tim and his family, especially his son. They’re the real victims here. … Just keep it about them the best that you can, because I’m still alive.”

A visibly distraught Braidwood then added that he knew something terrible had happened moments after the end of the fight, when both fighters were still in the ring.

“I waited on my knees for Tim to move after I did my stupid, little celebration. Like, I don’t care about that. People can say what they want. I waited on my knees. I watched him. I picked him up, because his team was struggling to pick him up. I carried him to the corner, and I could see in his face.”

Braidwood then commented on widespread comments that the fight should have been stopped far earlier.

EXCLUSIVE: Professional Boxer Adam Braidwood talks candidly about Tim Hague who passed away Sunday night.. Hague passed away from injuries he suffered after getting knocked out by Braidwood.

Braidwood also released a statement on this incident on Twitter, and encouraged fans to donate to a GoFundMe page started by Hague’s family.

Rip brother you will live in my heart forever. I will fight for us both now, I know that’s what you would have wanted. pic.twitter.com/H682h6rwJu