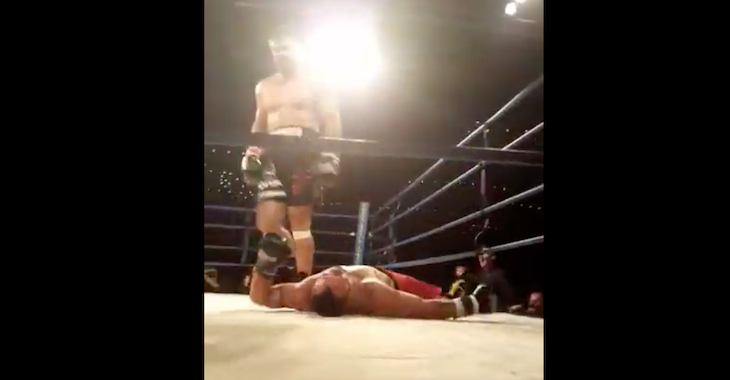 Hague hit the canvas extremely hard, forcing the referee to stop the fight. While he regained consciousness following the knockout, he was then placed in the Intensive Care Unit with what was being described as a brain injury. While no further details were immediately given, Hague’s friend and fellow fighter Cody Krahn gave an update on Hague’s condition via Facebook, saying:

“As many of you know, Tim suffered a severe knockout in his boxing match last night.

Once we got Tim backstage and with the doctor we could tell he needed to go to the hospital.

Tim is currently in a coma. He had to have surgery to [relieve] the pressure from his brain bleeding. But because we’re not family, they weren’t ale to tell us much more.

I’ll be going back to the Royal Alex this afternoon to see if his family will allow me to visit him.”

As previously explained, Hague signed with the UFC in 2009 in the midst of a 4-fight win streak that saw him win the King of the Cage Canada heavyweight championship. In his UFC debut, Hague picked up a submission win over Pat Berry, unfortunately, he lost all four of his other UFC bouts that followed, continuing to fight on the Canadian regional scene, and most recently dropping a first round KO loss in Russia, which took place nearly a year before his boxing loss last night.

So far no further updates on Hague’s condition have emerged.