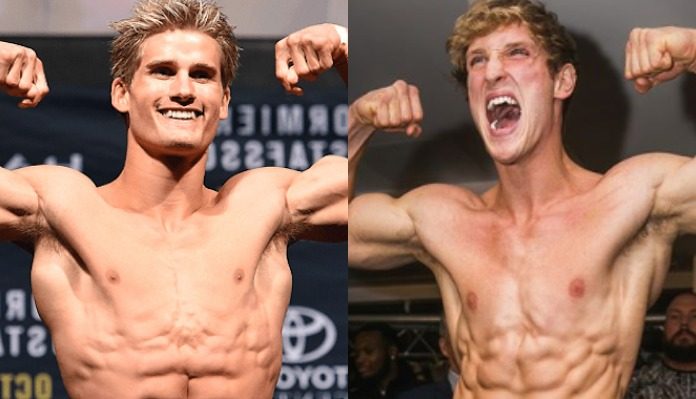 In the opinion of retired MMA star and Team Alpha Male boss Urijah Faber, Logan Paul might actually have the goods to survive in the UFC.

“I’ve known Logan for some years,” Faber told MMAjunkie recently. “I met him in L.A. We had apartments near each other just as a little vacation, work spot. He’s a wrestler. He came from Ohio, he took fifth in the state at 185 pounds. He’s like legitimately a combat athlete. Now he’s doing the boxing thing to make money and squash beefs and all that. He takes training seriously, and he was talking about coming and training at Team Alpha Male.”

When Logan Paul began flirting with an MMA move, one of the first people to call him out, shockingly, was ultra-polite welterweight contender Sage Northcutt. Northcutt, of course, is currently one of Urijah Faber’s star proteges at Team Alpha Male. In Faber’s eyes, Northcutt would likely be far too much for Paul — though he said he wouldn’t count the YouTuber out.

“[Logan Paul is] a big, athletic guy, and he really believes in himself,” Faber said. “He’s got that growth mindset, so I wouldn’t count a guy like that out. But especially training Sage myself it would be pretty one-sided, but you never know. Self-belief is an amazing thing, and I know both guys have it, and that’s the first step to success.”

If Logan Paul and Sage Northcutt were to meet in the cage, how do you think it would go? How long do you think Paul would survive? Join the debate in the comments section below.