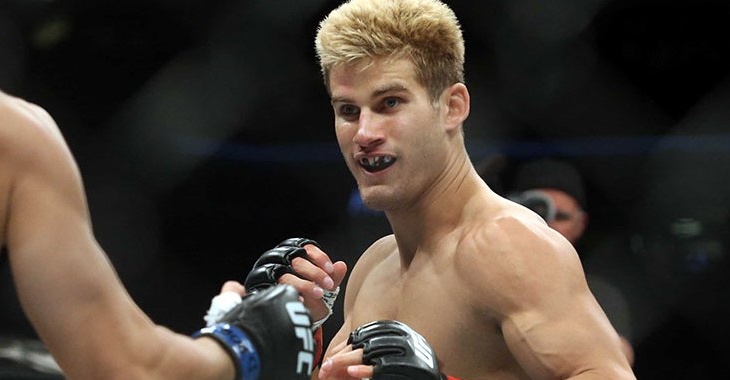 Just a month ago we saw “Super” Sage Northcutt in action at UFC Fight Night 120 in Norfolk, Virgina. We saw somewhat of a transformation in the already talented 21-year old prospect. Or at least a big leap in a continued growth. Northcutt took on and defeated Michael Quinones with ease on route to a unanimous decision. Controlling the fight wherever it went, Northcutt looked very improved compared to his three fights prior where he went 1-2 and even in that one win between the losses he was in some trouble early on.

And now Northcutt is ready to continue to show his improvements as Brett Okamoto reports that his next bout is set for UFC Fight Night 126 in Austin, Texas. His opponent will be Thibault Gouti.

Gouti has a 12-3 record in MMA with four of those being UFC fights and all three of his losses have been in the UFC…so it has been a rough start for the Frenchman. But Gouti was actually able to turn things around his last time out, as he scored a solid knockout over Andrew Holbrook in the very first round at UFC Fight Night 115 in Rotterdam.

After Northcutt’s seemingly quick push when entering the UFC, it’s clear that the plan now is to take things slow and let him work his way through the ranks. Nothing at all wrong with that, the guy is still just barely old enough to drink alcohol! Regardless, this should be a fun fight and the small rest of UFC Fight Night 126 is looking good so far as it includes a big Heavyweight showdown between the “Black Beast” Derrick Lewis and Marcin Tybura as well as a battle between top Flyweights, Ray Borg and Brandon Moreno.

The event is still a good ways away so expect plenty more exciting matchups to be added in the coming weeks.