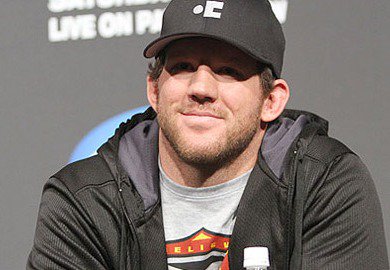 Bader looks to bounce back from a KO loss he suffered at the hands of former champ Lyoto Machida at UFC on FOX 4 back in August. The knockout loss, which was the 1st of Bader’s career, snapped his two-fight win streak, as he had earned victories over Quinton “Rampage” Jackson and Jason Brilz in his previous octagon appearances.

Matyushenko will also be looking to bounce back into the win column this January, as he suffered a TKO loss to Alexander Gustafsson in his last outing. Matyushenko had been expected to face Matt Hamill in September at UFC 152 in Toronto, but an injury forced him to withdraw from the card. The 41 year-old, who is known as “The Janitor”, will make his first octagon appearance in 13 months when he squares off with Bader in Chicago.

UFC on FOX 6 takes place January 26th at United Center in Chicago, Illinois. The event is headlined by a flyweight title fight between champion Demetrious Johnson and challenger John Dodson.