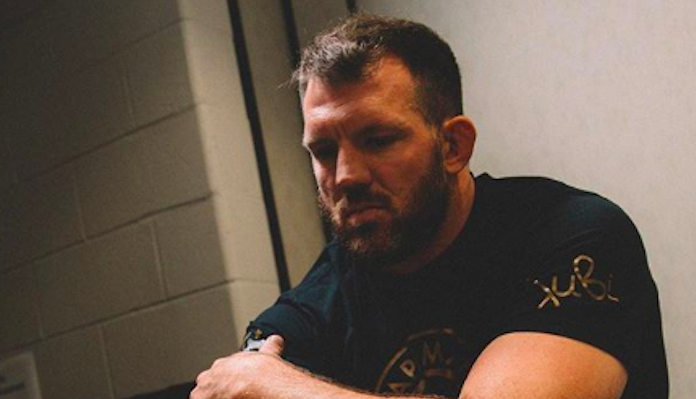 Bader suffered a first-round knockout loss when he was caught with an Anderson punch early on in their fight and then finished with ground and pound. For Bader, it was a disappointing loss after beating up Lyoto Machida in his last outing to advance to the tournament semifinals. The former Ultimate Fighter winner is still the Bellator heavyweight champion, but he has struggled as a light heavyweight as he’s lost two of his last three fights in the weight class by knockout to Anderson and to champ Vadim Nemkov before.

With Bader suffering another knockout defeat and getting himself eliminated from the Bellator Light Heavyweight World Grand Prix, “Darth” took to his social media to issue a statement following his defeat to Anderson. Check out how Bader reacted below.

The game we play…not the result we wanted but felt the love in AZ! Thank you guys for always having my back

For Bader, he is now 38 years old and appears to be in the decline phase of his MMA career. While he is still technically the Bellator heavyweight champion, but he hasn’t fought in that weight class in two years. Since then, Bader has been committed to making another title run at light heavyweight, but things have not gone his way as of late. He is still a great fighter who can beat the majority of light heavyweights in the sport as he proved against Machida, but it does appear as though Bader’s time at the top of the division as an elite light heavyweight is over after losing twice by knockout in his last three outings.

What do you think is next for Ryan Bader after getting knocked out by Corey Anderson at Bellator 268?