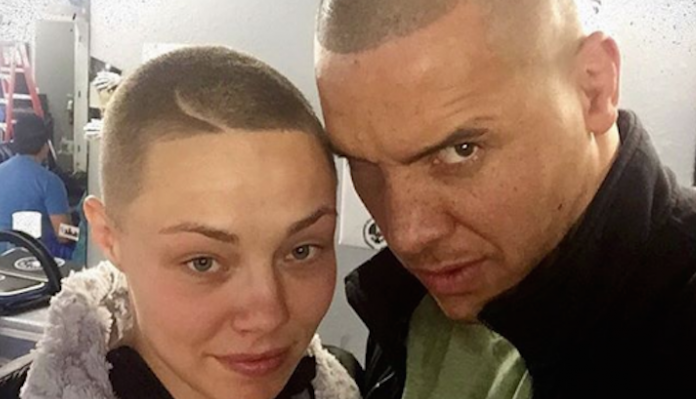 After losing for the first time in her entire MMA career, and back to back at that, the former strawweight queen has gotten back in the win column.

At UFC on Fox 30, Joanna Jedrzejczyk defeated Tecia Torres via clear unanimous decision. The fight was Jedrzejczyk’s first three-rounder since December 2014 in her and Claudia Gadelha’s first encounter.

Prior to this, we saw Jedrzejczyk meet her match in the new champion, Rose Namajunas.

Despite being knocked out in the first encounter then beaten via unanimous decision in the rematch, Jedrzejczyk has gone onto make claims that she is still the true champion and the best 115-pounder in the world.

Namajunas’ fiance, former UFC heavyweight Pat Barry told MMAFighting that he believes that Jedrzejczyk’s continued unacceptance of defeat is only going to work against her moving forward.

Jedrzejczyk was a five-time defending champion before running into Namajunas where she would be on the receiving end of the upset of the 2017.

Having always been a very confidence-driven fighter and rightfully so, it isn’t wildly surprising to see Jedrzejczyk hold onto the same self-belief despite her losses.

However, Barry thinks it would be a good idea to at least realize why you lost and try to make adjustments for it.

“If you think about it, when Joanna came out and fought Carla [Esparza] and beat Carla, that’s the same Joanna that fought Rose. She hasn’t advanced. She’s the same fighter. She hasn’t gotten better. Only thing is she’s gotten in better shape. She’s like Fedor [Emelianenko].

Fedor came out and killed everybody and no one could handle him for years and years and then eventually everyone caught up and figured him out because Fedor didn’t get any better. He stayed exactly where he was, and eventually, everyone figured him out. Joanna hasn’t gotten better, she’s gotten more in shape. That’s it.”

Whether or not we’ll ever see a trilogy bout between the two remains to be seen. And with the winner of Jessica Andrade and Karolina Kowalkiewicz at UFC 228 very likely next in line for a title shot, it’s safe to assume that it won’t be seen anytime soon.

And Barry is fine with that.