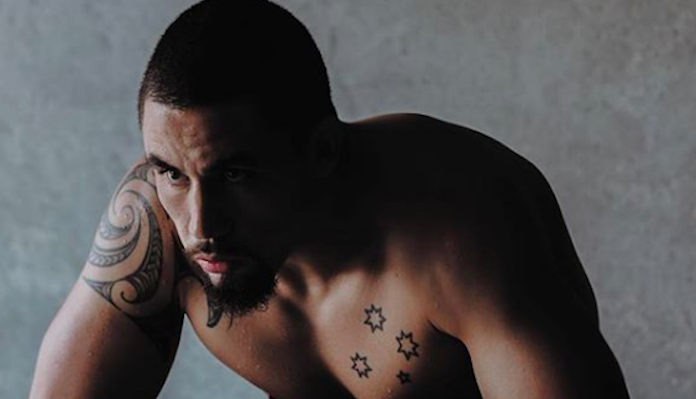 UFC 225’s main event was an instant classic. It featured a rematch between two of the greatest middleweight fighters MMA has ever seen.

The fighters competing in said main event were Yoel Romero and the UFC champion, Robert Whittaker. Unfortunately, after Romero missed the championship weight the day before by .02 pounds, the fight was changed to a non-title bout. But it didn’t stop the two from beating the hell out of one another.

Whittaker would walk away victorious with the very close split decision nod making that two wins over Romero. In the fight, the champion would suffer a broken hand that now requires surgery that will take place tomorrow.

Regardless, Whittaker and his manager, Titus Day caught up with Sporting News to discuss what might be next for the first and only Australian UFC champion.

There’s some great people coming through who I don’t think are ready yet, Israel [Adesanya] is looking pretty good and there’s a good young Brazilian [Paulo Costa] who’s looking great, so there’s some good solid fighters there. Even David Branch is making a big move. But I would have thought Weidman or Gastelum next…as long as it’s not Romero again.”

Out of the options, Day seemed most interested in the idea of fighting one of the two former champions he mentioned, Chris Weidman.

“[Weidman] would be a really tough fight, he’s a great wrestler, a really solid guy, and a former champion.

He’d put a really solid battle and it would be great for Rob because Weidman’s massively popular in the US. It would draw a big crowd, a big pay-per-view and it would boost Rob’s profile in the US.”

Whittaker himself liked the idea of facing his first former UFC champion best as well.

“For me, that would be the best one.” Whittaker stated, “Weidman’s a hard fight, a previous champ, and a top caliber athlete. But my immediate concern is my health. I’m going for surgery tomorrow, then I’ll rehab and get strong and whoever’s ready to fight me, whoever’s put the work in and is lined up…I’m ready. I’ve never been picky or choosy.”

Whittaker currently rides a nine-fight winning streak and is undefeated in his division of 185 pounds.