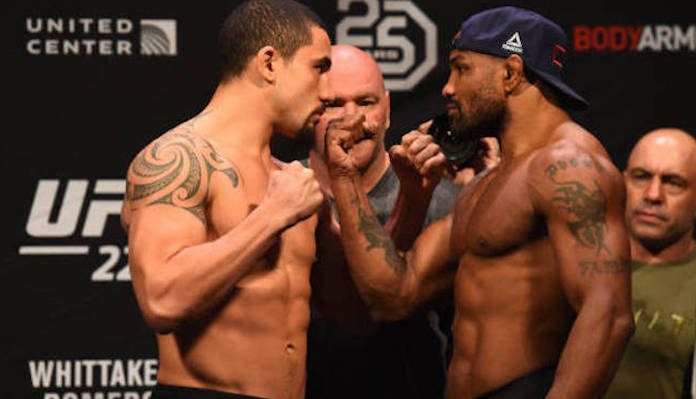 On Saturday night, in the main event of the stacked UFC 225, UFC middleweight champion Robert Whittaker and fearsome middleweight contender Yoel Romero engaged in a truly incredible five-round fight. Though the title was not actually on the line, as Romero missed weight for the bout, the two middleweight talents fought with the kind of verve and intensity that ensured their battle will never be forgotten.

In the end, Whittaker won this jaw-dropping fight via split decision. While not everybody agreed with the judges’ scoring of the fight, Whittaker is confident he deserved the W. The champ commented on the fight in a classy, post-fight statement on Instagram.

“Let me start with showing respect to [Yoel Romero] and his team,” Whittaker said in his post-fight statement. “That was the hardest fight of my career and it was a war. Last night was my night though, and I must say thanks to all the people that made it possible for me to go out there and perform.

“I didn’t need to take the fight but I told you I would give you fireworks,” Whittaker added, after thanking his team and his sponsors. “Hope you liked them.”

While Whittaker is confident UFC 225 was his night, Romero seems to feel the same way. In a video clip obtained by MMAjunkie, Romero says he feels like the champion.

”Hello guys, I love you everyone,” Romero said in this post. “I love you! I see you soon. Tonight, I no feeling that I losing. I am the champ. Is like a movie. Like Rocky Marciano. Today, I am ‘Black Rocky.’ Not ‘Soldier of God.’ I am ‘Black Rocky.’ The people’s champ.”

How did you score Robert Whittaker and Yoel Romero’s frenzied five-round war at UFC 225? Join the conversation in the comments section below.