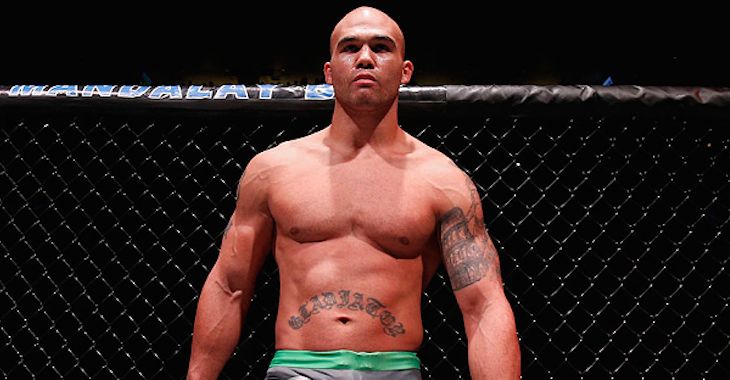 It has been almost a year since we have seen Robbie Lawler in the Octagon.

With his return to the Octagon coming at UFC 213 against Donald Cerrone, fans should be in for a real treat as the two are expected to stand right in front of one another and throw down.

It will be a good test for Lawler, who is coming off a tough loss as he was stopped in the first round, losing the UFC welterweight title to current champion Tyron Woodley at UFC 201 in July of last year. Following the devastating result from the Woodley fight, Lawler parted ways with the infamous Coconut Creek, Florida gym, American Top Team and has since been training at Combat Club with Henri Hooft. Lawler trained at ATT since 2012 and picked up the UFC welterweight championship belt during his time with the team. The former champ gave a short explanation for leaving on the 5ive Rounds podcast. “It was time for me to go,” Lawler said (transcribed by Jed Meshew for MMA Fighting). It wasn’t the place for me. I have a lot of friends and buddies still training there but the place wasn’t for me anymore and that’s what I have to say about that.”

Currently the UFC #3 ranked welterweight, Lawler was asked about his thoughts on a potential match with former UFC welterweight champion Georges St-Pierre, who should be returning to the division later this year. “I don’t think that’s gonna happen. I think Georges is gonna pick the opponent that’s gonna be the best for him to get a victory and sell a lot of pay-per-views. I don’t think he wants to fight me. I have to win a couple fights and beat a couple people up first.”

What are your thoughts on Robbie Lawler’s return to the Octagon? Will the change in fight camps show in his performance against Donald Cerrone in July? Let’s get your prediction for the fight in the comment section!