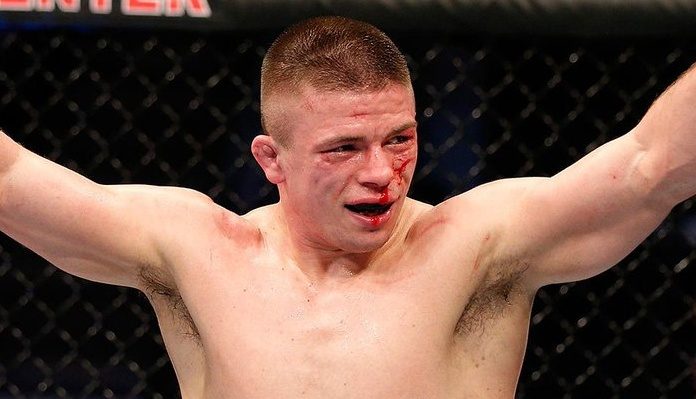 In wake of his most recent loss that saw him suffer a broken arm in the PFL welterweight tournament quarter-finals, former UFC veteran Rick “The Horror” Story is calling it a career.

The former top 10 UFC contender took to Twitter today to announce the news.

“To all my fans, friends and supporters, thank you.” pic.twitter.com/mAumWDNB8q

It’s been a career with significant highs and lows, through the good and the bad times, my goals were what drove me and the fans were always my inspiration, for this I thank all of you. To my friends, family and others who have supported me along this journey, I thank you for always being there, and for showing me that there is more to life after fighting.

It’s time for me to turn my own page. I look forward to what the future holds, and I cannot wait.

I want to give a special thanks to: John Crouch and Ben Henderson for giving me the opportunity to train at the MMA lab at my most vulnerable point in my career.

Paradigm Sports Management and Audie Attar for doing a fantastic job for me the time we have worked together.

And to Madeline Torres, for all of your love, relentless support and continuous sacrifices you have made for my career.

Story began his career in 2007, nine fights later he would find himself in the UFC.

After losing his promotional debut to John Hathaway, Story would go on a tear that saw him win five in a row with one of those wins coming over the future welterweight champion Johny Hendricks.

It was after the bout with Hendricks that Story would launch his name into contention.

At UFC 130, Story was booked to face the recent title challenger Thiago Alves and was a sizeable underdog. But it didn’t matter as Story would go in there and earn the biggest win of his career by clearcut unanimous decision thus making it known that he was a threat to the top 10.