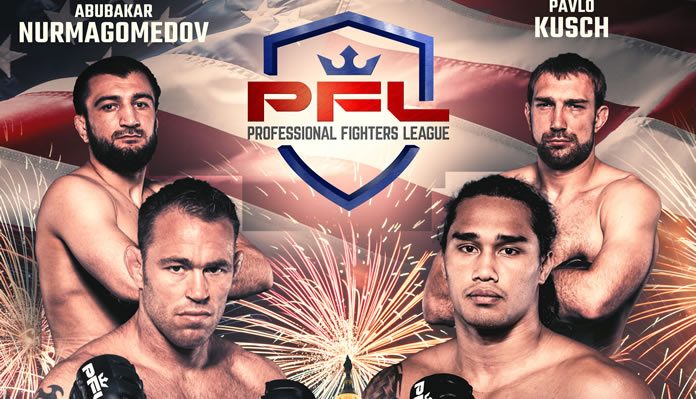 Jake Shields Will Take on Ray Cooper to Headline the 12-Bout Card; Abubakar Nurmagomedov Will Also Battle Pavlo Kusch in the Cage

WASHINGTON — The Professional Fighters League (“PFL”) today announced the lineup for PFL3, its third of seven regular season Thursday night events this summer. PFL3 will bring live MMA action to the nation’s capital during Independence Week. On Thursday, July 5, 2018 at the Charles E. Smith Center at George Washington University in Washington, D.C., individual fighters will compete in the welterweight and middleweight divisions, each battling towards becoming champion of their weight class and win over $1 million each. PFL3 tickets go on pre-sale Wednesday May 9 at 10 a.m. ET.

“We can’t wait to bring our true sport format to the nation’s capital,” said Ray Sefo, President of Fighting Operations of PFL. “The Fourth of July fireworks will carry over from the sky into the cage on July 5th because our PFL Fighters are going to light it up. With a $10 million post-season purse on the line and a shot at a title fight at the end of the year, these guys are going to bring it like never before!”

“I’m looking forward to fighting under the PFL banner on July 5th in Washington, DC,” said PFL Fighter Jake Shields. “I’m confident that Cooper is just the first of many that I will defeat to become the PFL 2018 welterweight champion. I’m expecting a good fight, and I know that my training will give me the edge.”

PFL3 will also feature Abubakar Nurmagomedov, a Russian native and cousin of current UFC Lightweight champion Khabib Nurmagomedov, who will step into the cage against fellow welterweight Pavlo Kusch from Ukraine.

The 2018 PFL season will feature 126 fights on Thursday nights in seven regular-season events, bracket-style “win or go home” playoffs, and a $10 million post-season prize pool—the largest prize pool in the history of MMA. The season will begin with 12 athletes in each of six different weight-classes. Eight fighters from each class will earn their way into the playoff round, and one fighter in each division will earn the title of champion.

U.S.-based and international fans will be able to watch all PFL regular season, playoff, and championship fights—over 66 hours of live action—for free. In the United States, all of the PFL regular season events will air live on Thursday in primetime exclusively on NBCSN, and stream live on NBCSports.com, the NBC Sports app, and pflmma.com. Outside the U.S., Facebook will stream up to six hours of free, live coverage for each event. In the U.S., fans can watch the first three hours of coverage of each event on Facebook.

The Professional Fighters League presents MMA for the first time in the sport format where individuals compete in a regular season, “win-or-go-home” post-season, and championship. Co-founded by Donn Davis, Russ Ramsey, and Mark Leschly, the Professional Fighters League is backed by an ownership group of sports, media, and business titans. The PFL 2018 Season has 72 fighters in six weight-classes, competing in the regular season on Thursday nights in June, July, and August. The top eight in each weight-class face off in single-elimination playoff fights on Saturday nights in October and the PFL season concludes December 31 with six championship bouts back-to-back with a $10 million prize pool. Watch the entire PFL season action beginning June 7 live on NBC Sports Network (NBCSN), Facebook Watch, and PFLmma.com. For more visit pflmma.com. 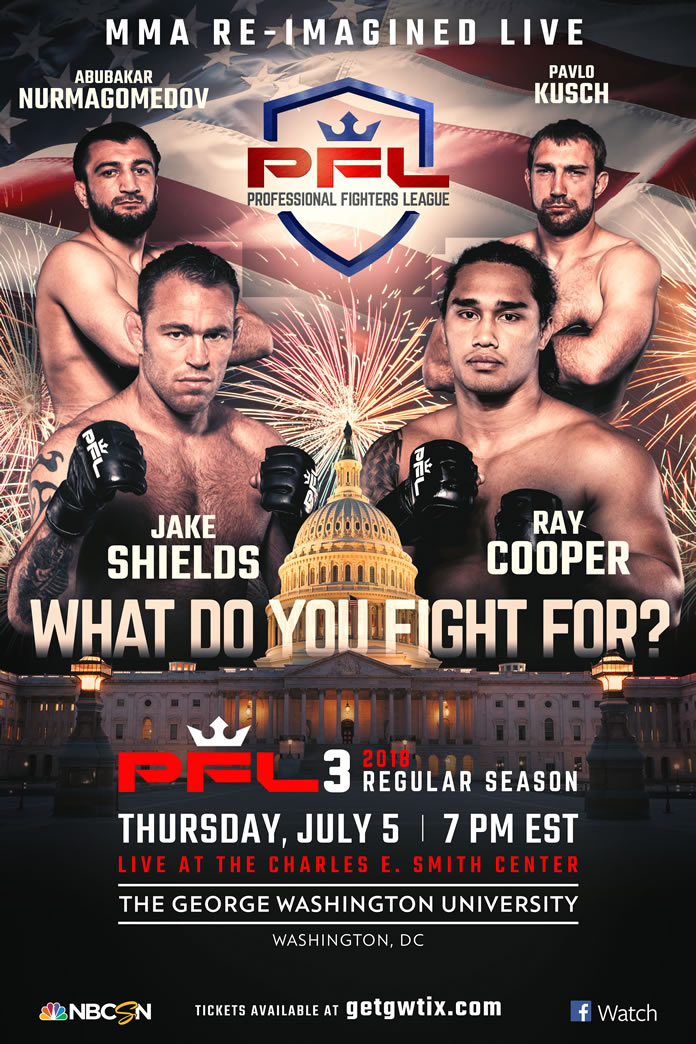