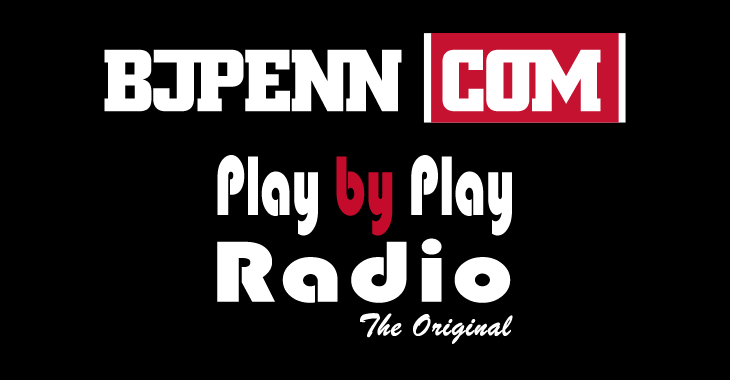 Unable to catch tonight’s UFC 220 pay-per-view event in Boston? BJPenn.com has you covered!

Tune in to “Play By Play Radio” for up to the second results from tonight’s UFC 220 main card action.

Stipe Miocic will enter the contest riding a five-fight winning streak, his latest being a first-round TKO victory over Junior dos Santos this past May at UFC 211 in Dallas, Texas.

The UFC’s heavyweight champion has scored stoppage victories in each of his past five bouts, finishing Alistair Overeem, Fabricio Werdum, Andrei Arlovski, Mark Hunt and the aforementioned “JDS” in that time.

Meanwhile, Francis Ngannou is coming off a brutal fist-round knockout victory over Alistair Overeem which took place earlier this month at UFC 218 in Detroit.

That victory extended Ngannou’s current win streak to ten in a row, with six of those victories coming under the UFC banner.

“The Predator” has scored stoppage victories in all six of his UFC bouts, with four of those finishes coming in the very first-round.

“DC” has not competed since UFC 214 in August, where he suffered a third-round TKO loss to Jon Jones (watch that here). The fights outcome was later changed to a no-contest after Jon Jones tested positive for banned substances.

Prior to his rematch with “Bones” at UFC 214, Cormier had strung together four straight victories including two submission wins over knockout artist Anthony “Rumble” Johnson.

As for Volkan Oezdemir, the 28-year-old has wasted “No time” since making his promotional debut in February.

Volkan earned a split-decision victory over Ovince Saint Preux and then scored back-to-back first-round knockout victories over Misha Cirkunov and most recently Jimi Manuwa at UFC 214.