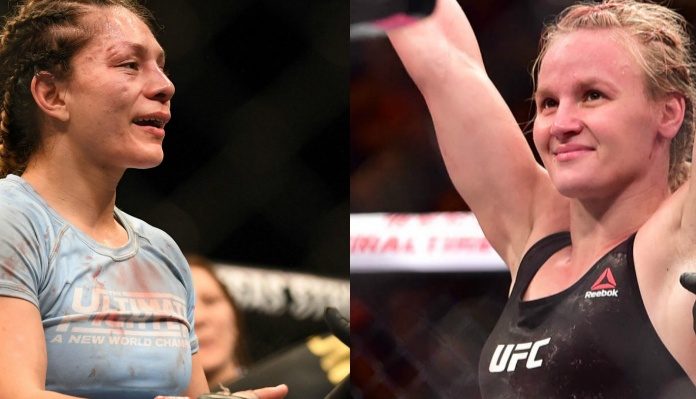 After constant harassment from fans on social media while recovering from a serious foot injury, the inaugural UFC flyweight champ is ready to make her first title defense.

The champion, Nicco Montano announced the news on Instagram today that she is ready to defend her title against former 135-pound title challenger, Valentina ‘Bullet’ Shevchenko at UFC 228 on September 8th in Las Vegas.

Alright, let’s get this show on the road! What you got on your girl, Sept 8th in Vegas, Valentina! Now that I’m finally back to a healthy body I’m ready to go, it was only a matter of time. 👊🏽 ……share it, write it down, take a picture…

Montano hasn’t fought since she won the title by defeating seasoned veteran, Roxanne Modaferri in December. Montano earned her shot by fighting her way through The Ultimate Fighter season 26 as the No. 14 seed making her a huge underdog each step of the way.

In the semi-finals of the tournament, Montano became the first person in eight years to defeat the former flyweight queen and consensus best 125er, Barb Honchak.

Prior to the fight, Montano had suffered a broken foot and going through with the bout didn’t make things any better. She came out on top regardless.

For Montano’s first challenger, Shevchenko, she will be having just her second fight at flyweight after completely obliterating the promotional newcomer, Priscila Cachoeira in March.

Shevchenko has only lost to current bantamweight champion, Amanda Nunes during her time in the UFC. The most recent time being at UFC 215 in a very closely contested affair that many believe Shevchenko should have won. She now finds herself positioned for her second title shot with the organization in a whole new division.