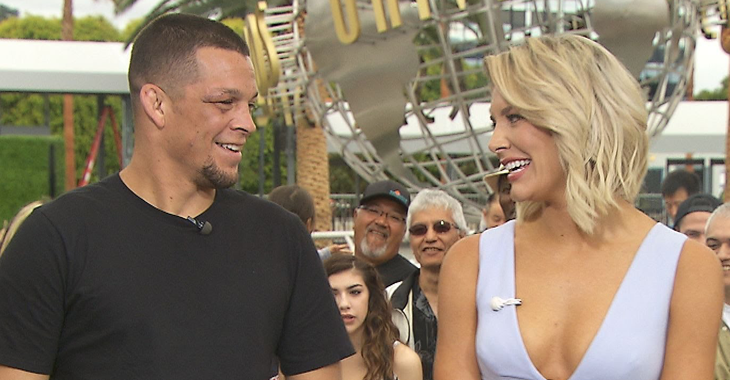 From his viral video on “Jimmy Kimmel Live” to his appearance on the “Conan” show, one particular TV host that met Diaz for the first time after his UFC 196 victory says that her time spent with Nate was enjoyable.

“He drew one of the biggest crowds that we’ve had,” said Extra TV host Charissa Thompson to Rolling Stone. “I thought he was wonderful. I had never met him but knowing his reputation before the interview – now when the name Nate Diaz comes up I think, ‘Wow, he’s wonderful.’ I have nothing but good things to say about him.

“I could see he was like, ‘Wow, because of what I just did I’m on a different level,’ she added. “There was something sweet and endearing about his shyness and the juxtaposition of who he is in the Octagon. Mike Tyson for example is always that person I would relate someone like a Nate Diaz to because they will kill you in their respective sport but then you get them outside and you want to hug them. They’re lovable.”