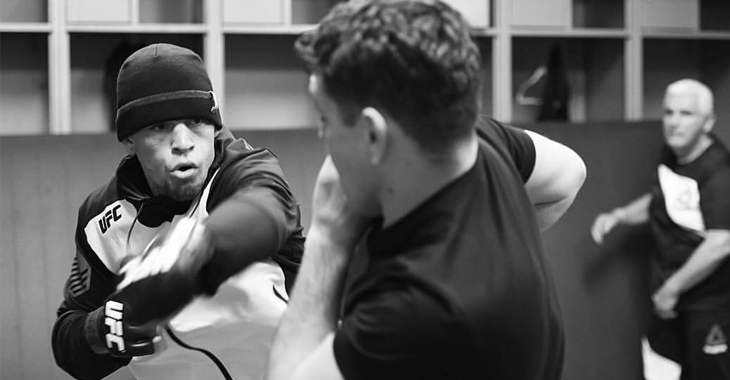 When Nate Diaz steps into the Octagon to square off against Conor McGregor Saturday night in the main event of UFC 202, he will once again not have his brother Nick in his corner.

While Nick has been unable to corner his brother in his last 2 fights given that he was serving a suspension with the NSAC, that suspension ended earlier this month.

Despite that, Nick will not be able to corner Nate according to NSAC director Bob Bennett, who released a statement on the situation through Fox Sports:

“As of this date Nick Diaz is not permitted to work the corner of his brother Nate because he is still suspended.”

“I contacted the UFC two-to-three weeks ago regarding Nevada Administrative Code 467 in an effort to clarify and confirm the conditions that would allow Nick to work Nate’s corner. The Nevada State Athletic Commission made a concerted effort to keep everyone involved in the fight regarding our Codes as we thought Nate would request his brother to work his corner. Additionally we provided them information as to who to contact at the Attorney General’s Office in an effort for Nick to be in compliance with his written settlement/agreement. I was informed by the UFC they contacted Nick and/or his manager and advised them what our regulations require to accommodate the possible request.”

The reason Nick is still technically suspended is that he hasn’t paid a fine that was agreed upon as part of his settlement claim.