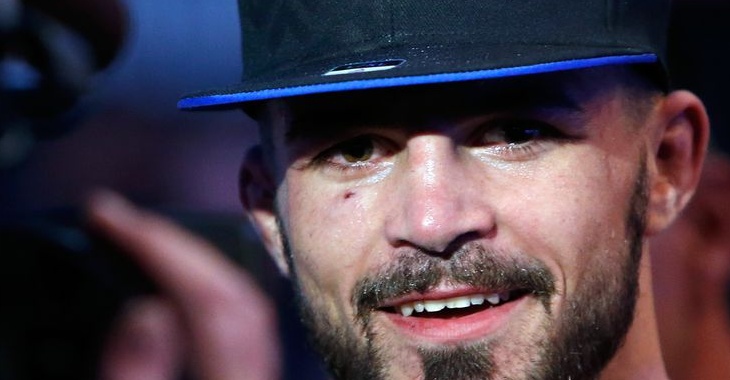 We’ve already learned by now that Mike Perry is a pretty unique guy… The heavy-handed Welterweight striker known as “Platinum” is set to take on his toughest opponent to date this Saturday in Santiago Ponzinibbio. But leading up to this bout, Perry did some rather interesting training preparation. Gunnar Nelson last fought Ponzinibbio and lost via first-round knockout after several claims were made of him being eye poked prior to the knockout.

When asked about the pokes and training for them, Perry had this to say in his UFC on Fox 26 media day:

“I was like, ‘No, keep going, that’s good, I like it,” Perry said. “It didn’t stop me or phase me for one second. This is what I do. I live for the pain. He likes to throw punches like a middle school girl. He likes to open his fingers. I don’t know if he’s trying to palm at the hands. I’ve seen some videos where he was literally trying to stick his fingers in people’s eye. He also does this one, too, where he sticks the knuckle if he can land it in your eye. I like that. Come with it. If your finger goes in my mouth, it might get bit off.”

I mean, I guess it doesn’t hurt to try and avoid such possibilities. UFC Light Heavyweight champion did the same thing in a similar situation a few years back…although…to a sillier extent.

Mike Perry holds an 11-1 professional MMA record and is 4-1 in the UFC. All of his wins have come by way of KO or TKO. A win over Ponzinibbio would put Perry on a three-fight win streak and set him up for an even bigger fight after a potential win. We’ve already seen the seed be planted for a future matchup between him and fellow rising Welterweight star, Darren Till…

Who do you think gets the win on Saturday?