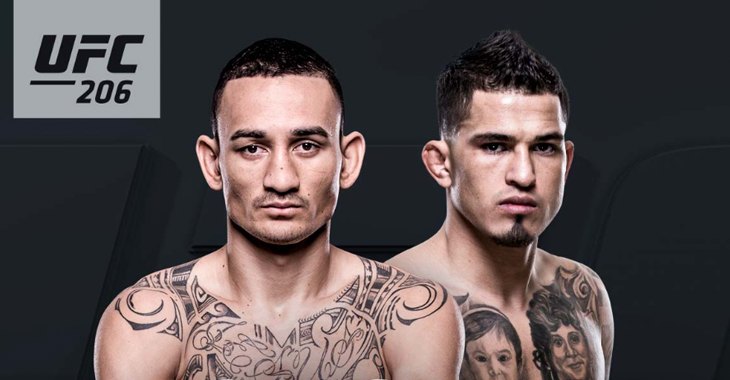 Friday afternoon, unfortunate news surfaced that UFC light heavyweight champion Daniel Cormier had been forced out of his upcoming UFC 206 scrap with Anthony Johnson on December 10th in Toronto. Cormier’s withdrawal was unexpected, but fortunately will not keep the champ sidelined for too long, as details have emerged on the situation, revealing that ‘DC’ is targeting a March return to the Octagon.

With Cormier now off the card, there has been speculation as to what the UFC will do to compensate for the lack of a title fight in the main event of the Pay-Per View card despite the fact that the promotion is currently looking for a replacement opponent for Johnson. As of now, plan is Anthony Pettis vs. Max Holloway for the interim 145 lbs. title happening 12/10 in Toronto. That's what the UFC wants.

That's per multiple sources. Should they finalize it, & it's close, Jose Aldo would become the new 145 lbs champ. McGregor? That's, well…

UFC has been pushing to strip McGregor of the 145 title for some time. Legally, they can. Would be interesting to see how he responds.

Re: 206, early plan was to do Rumble-Mousasi, but I'm told Rumble wasn't interested and wants to wait for DC. As of now, he's opponent-less. Only time will tell what plan the UFC chooses to act on. One thing is certain however, if the promotion decides to strip Conor McGregor of the featherweight title, the move likely won’t go over well with the Irish superstar.